The Best Homemade Cinnamon Rolls Recipe! These soft cinnamon rolls taste just like Cinnabon cinnamon rolls, and they're topped with yummy cream cheese frosting! Directions for making ahead and freezing and step-by-step photos can be found just above the recipe. 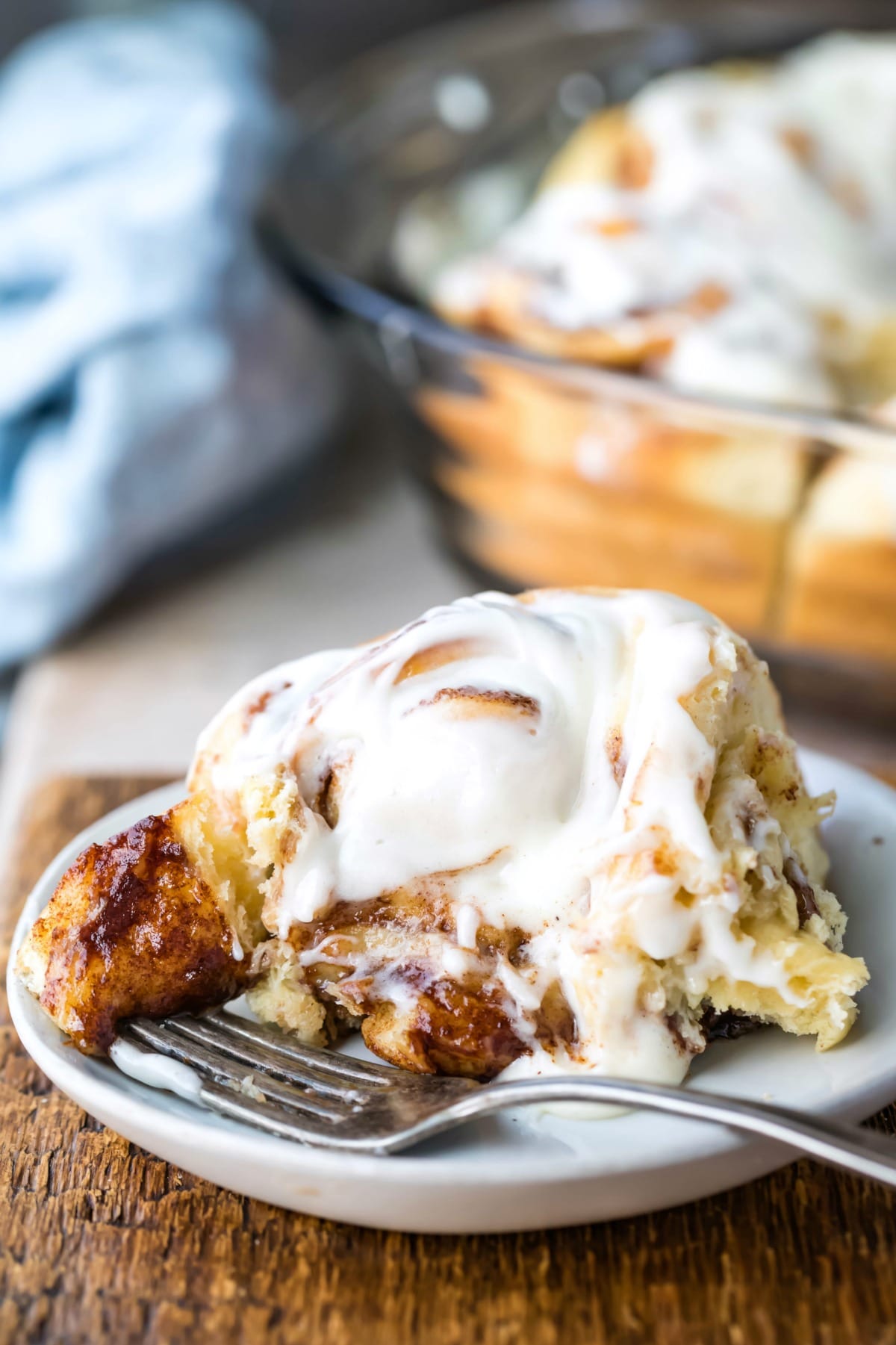 There are step-by-step photos and plenty of tips to help you make amazing homemade cinnamon rolls. I've also included directions for overnight cinnamon rolls and for freezing the cinnamon rolls so that you can make these rolls when you have time and bake when you're ready.

How To Make Homemade Cinnamon Rolls 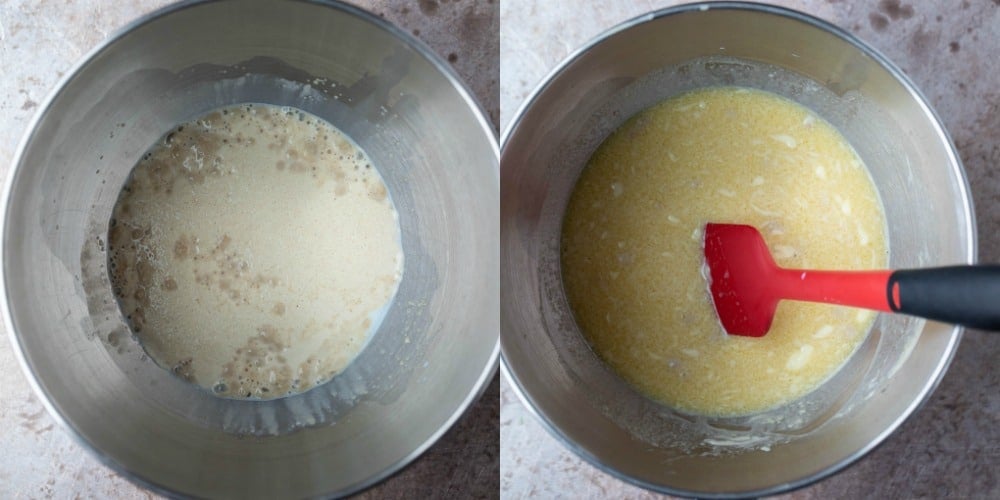 Add the yeast, warm milk, and part of the sugar to a mixing bowl. Let it sit for 5-10 minutes, or until foamy. If the yeast doesn't foam, start over with new yeast.

Mix in the eggs, butter, remaining sugar, and vanilla until combined. 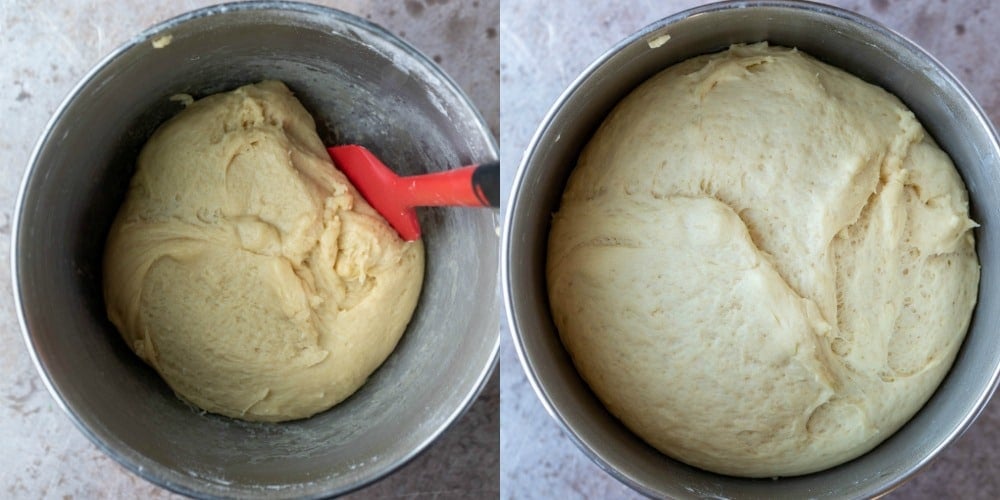 Add 3 cups of flour and mix in. Continue mixing in flour ¼ cup at a time until the dough comes together. It should be soft and slightly sticky.

Cover and let rise until dough has doubled in size. 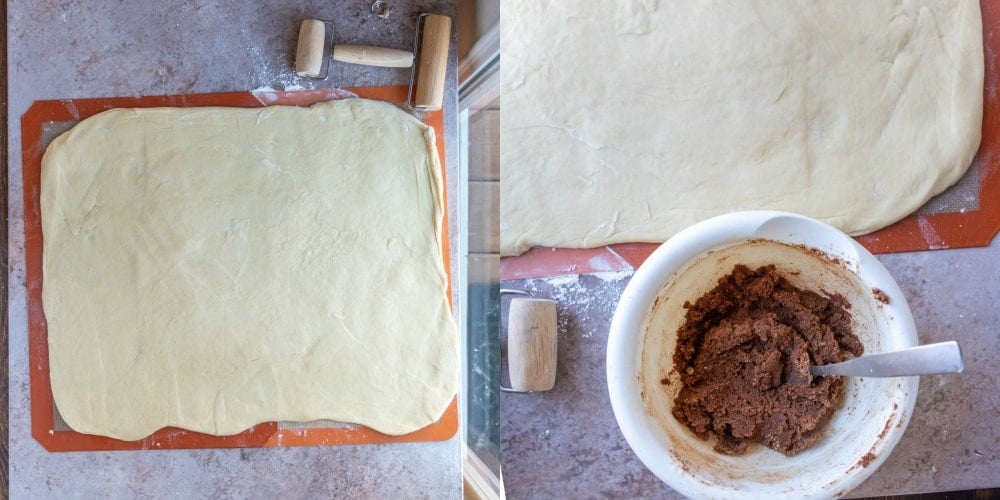 Roll dough into a 12x24-inch rectangle. Mix butter, sugar, and cinnamon together. 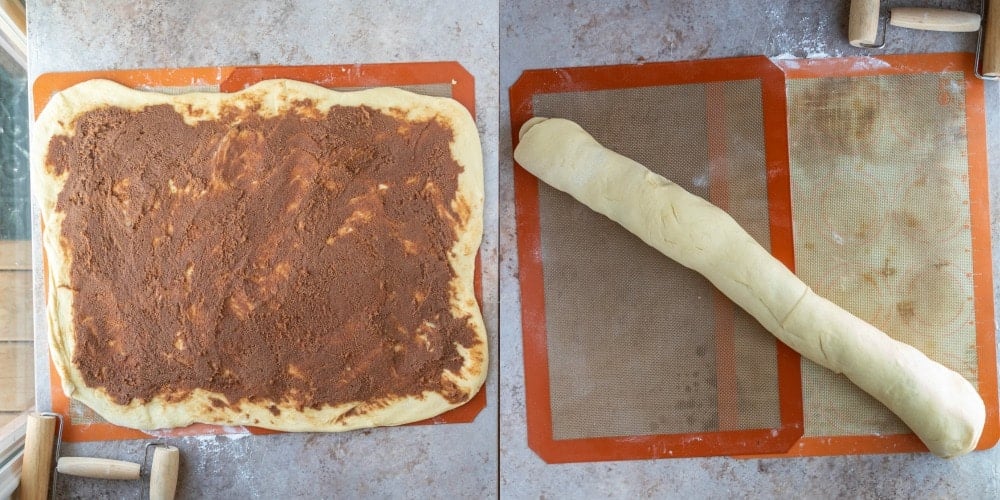 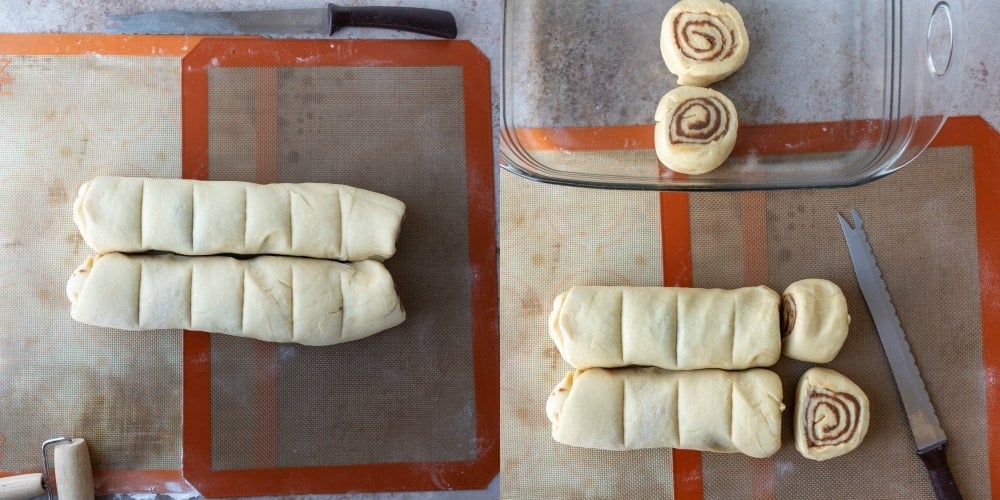 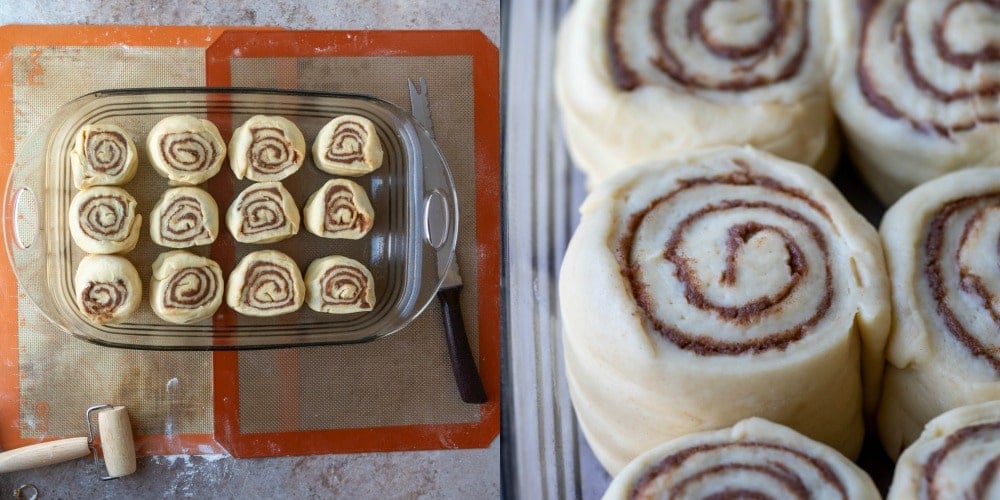 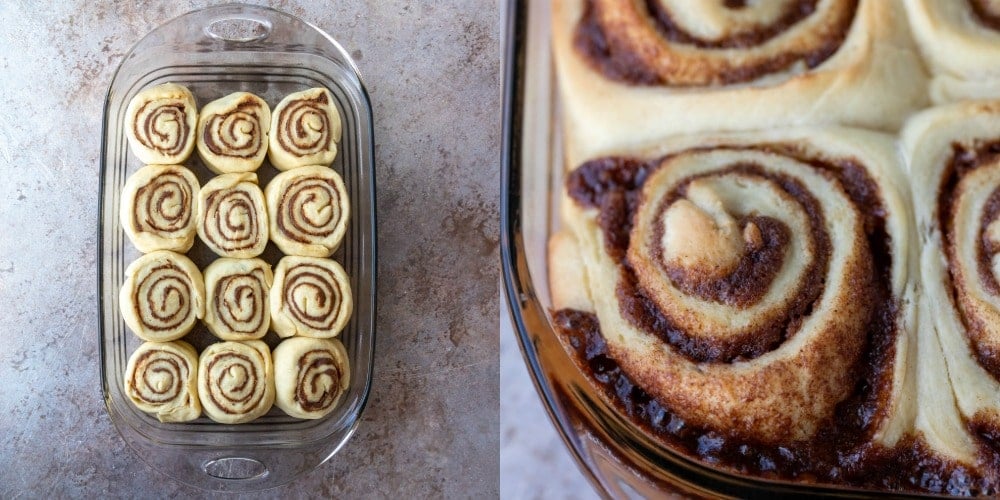 Once rolls are almost double in size, uncover and bake until golden brown. 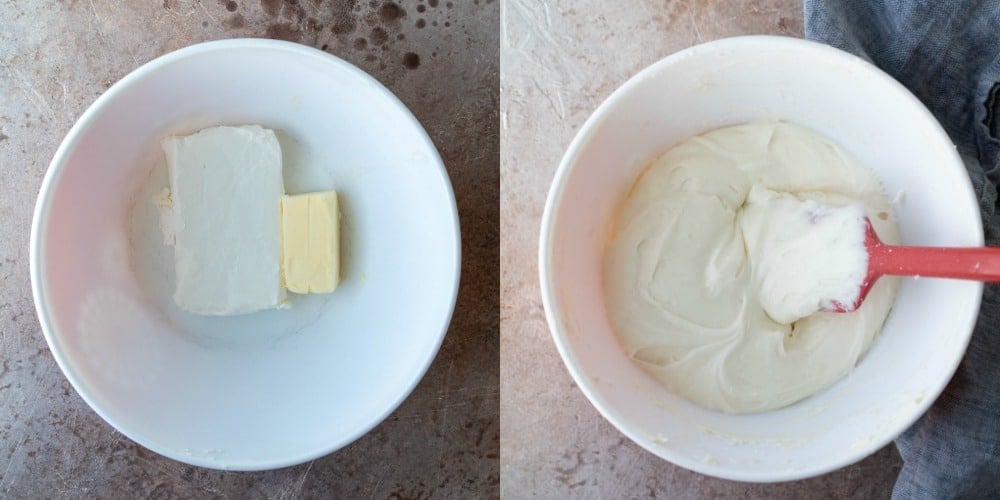 Toward the end of the baking time, beat the butter and cream cheese together. Mix in the powdered sugar, vanilla, and pinch of salt.

Let the baked cinnamon rolls stand for 5 minutes, and then spread the cream cheese frosting over the warm rolls. 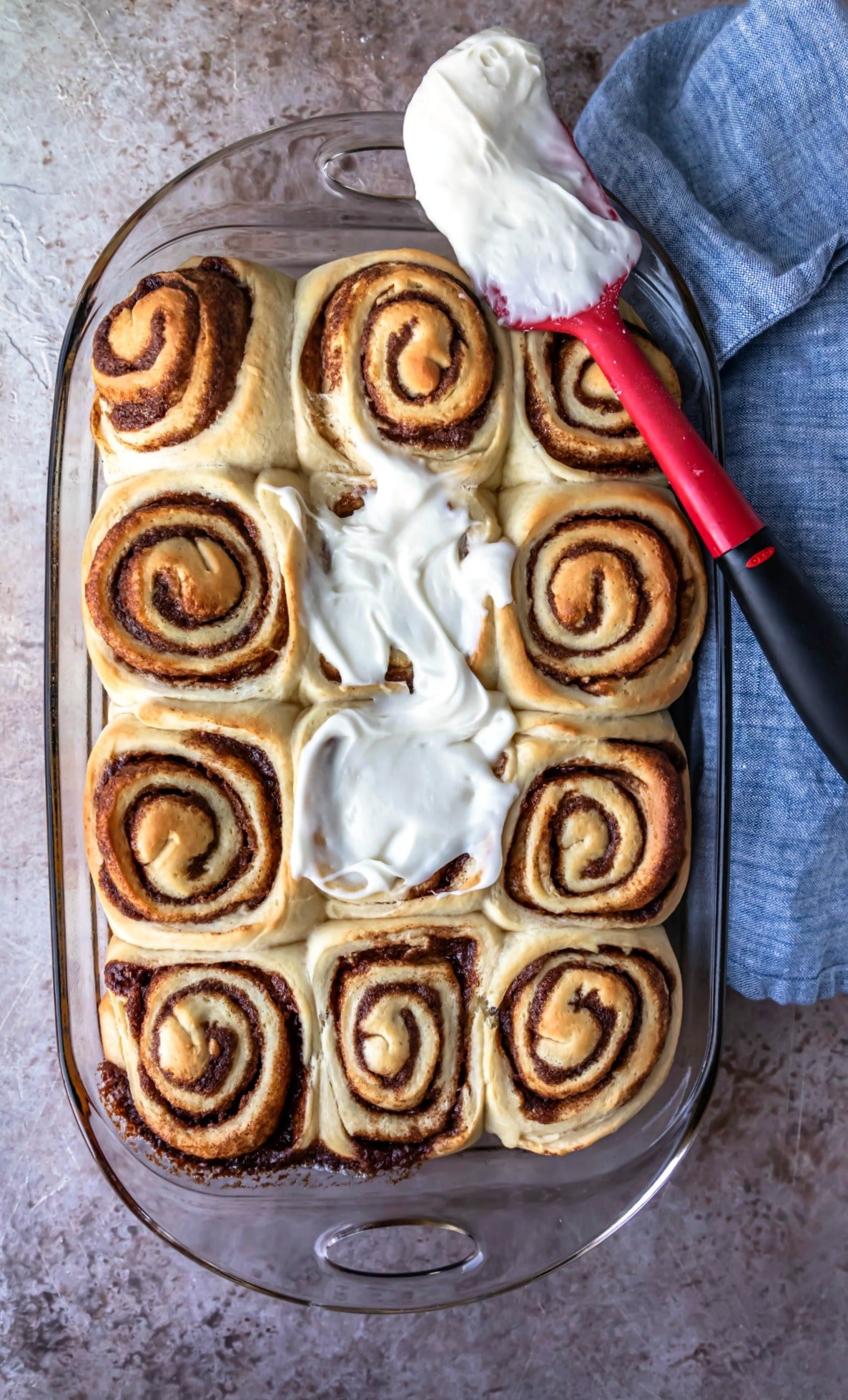 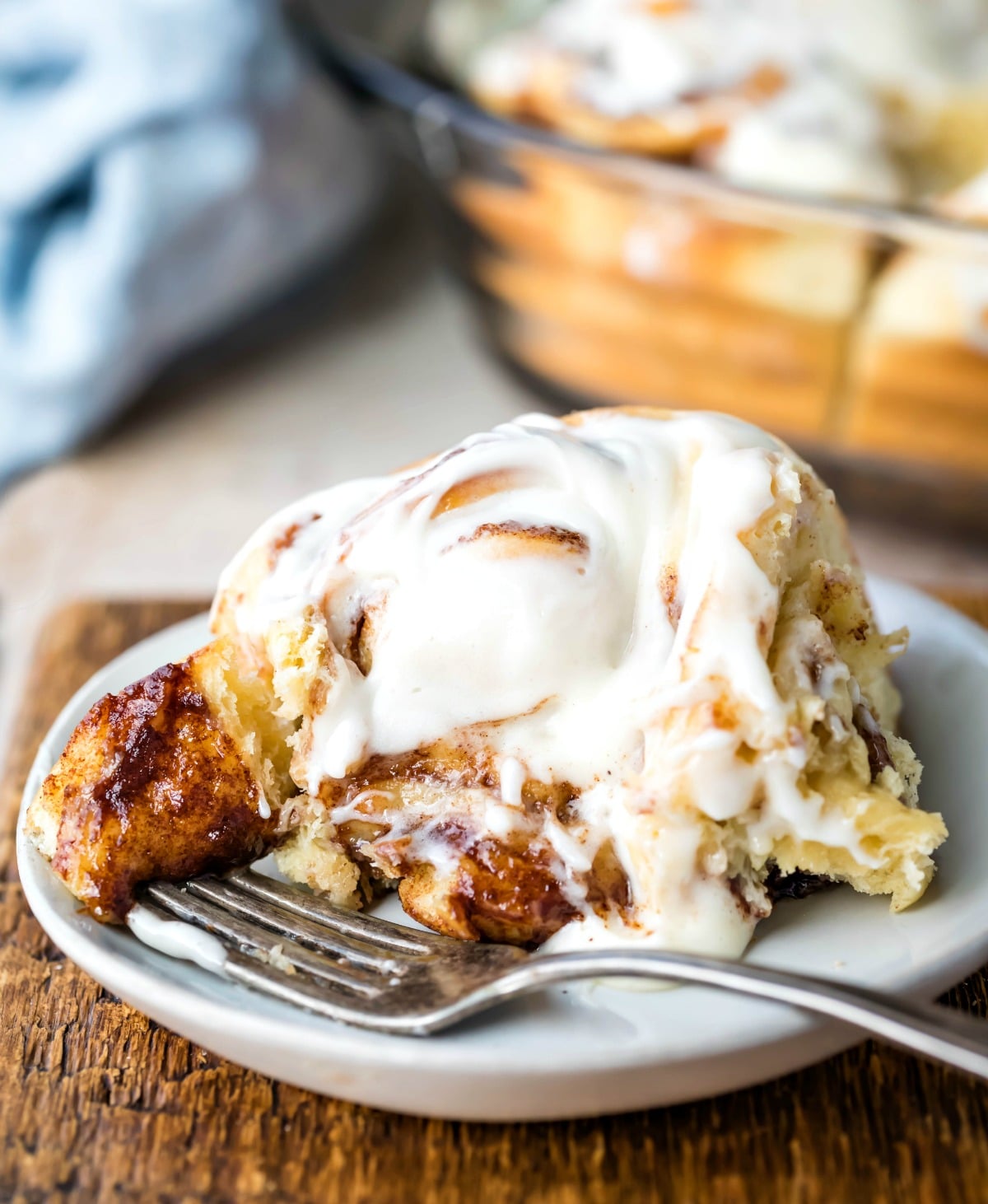 If you’ve tried this homemade cinnamon roll recipe, don’t forget to rate the recipe and leave me a comment below. I love to hear from people who've made my recipes! 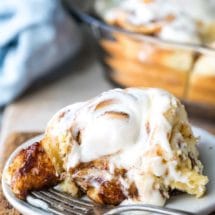