Easy homemade monkey bread recipe! Make monkey bread from scratch in just over an hour with this recipe that uses a simple homemade dough. This cinnamon-crusted treat makes a delicious breakfast or dessert.

Instead, I prefer to make it with a simple homemade dough because it makes this delicious cinnamon sugar-crusted monkey bread with a simple sweet icing.

This recipe is gooey without being wet or underdone. And the cinnamon-sugar crust on the bread is just plain amazing. 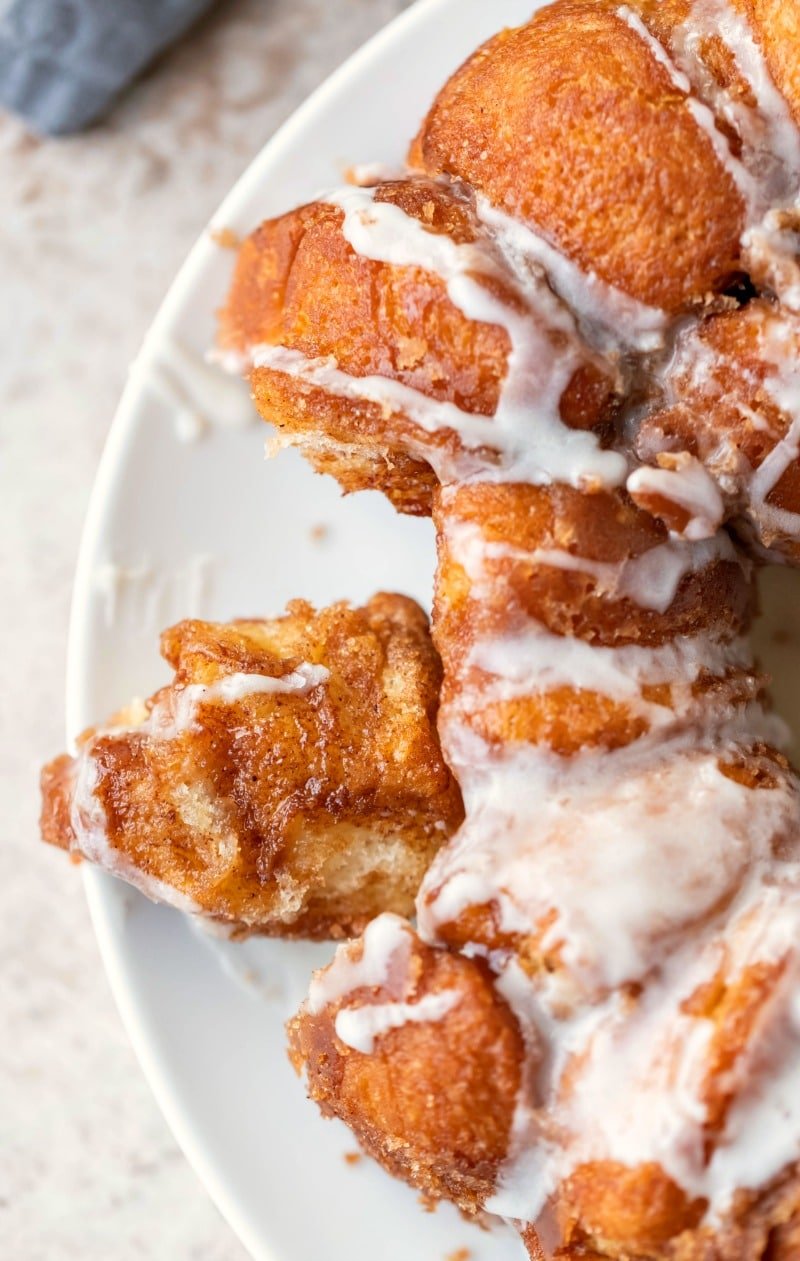 Why Do They Call It Monkey Bread?

Monkey bread is so named because it is eaten by being pulled apart with the fingers - the way a monkey might eat it.

How To Make Monkey Bread

Begin by warming the butter, milk, and sugar. Add the butter mixture, yeast, and water to a mixing bowl.

Mix in salt and enough flour to form a soft dough. The dough should feel soft and slightly but shouldn't come off on your fingers if you pinch it.

Let the dough rise for 10 minutes. 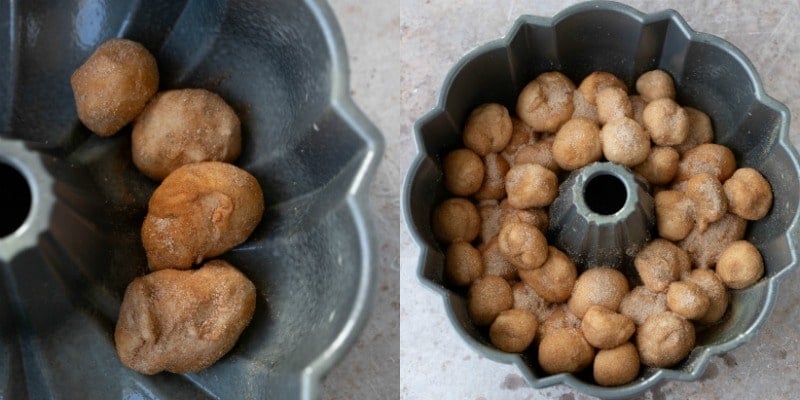 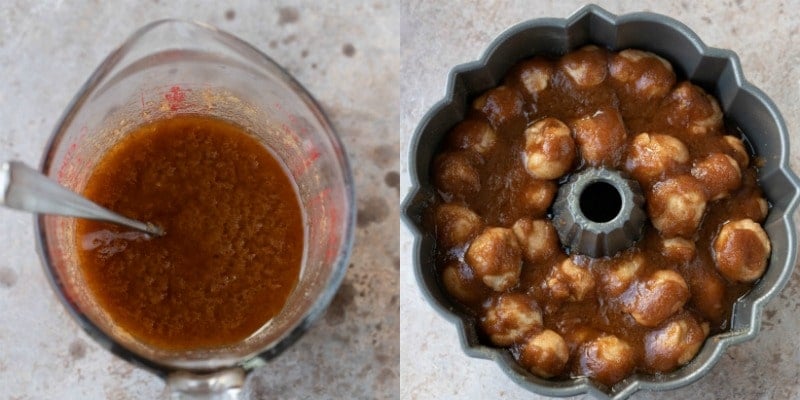 Add the remaining cinnamon sugar mixture, brown sugar, and butter just to a boil. Remove from heat and immediately pour over the dough.

Cover, and let it rise for 15 minutes. Then bake! 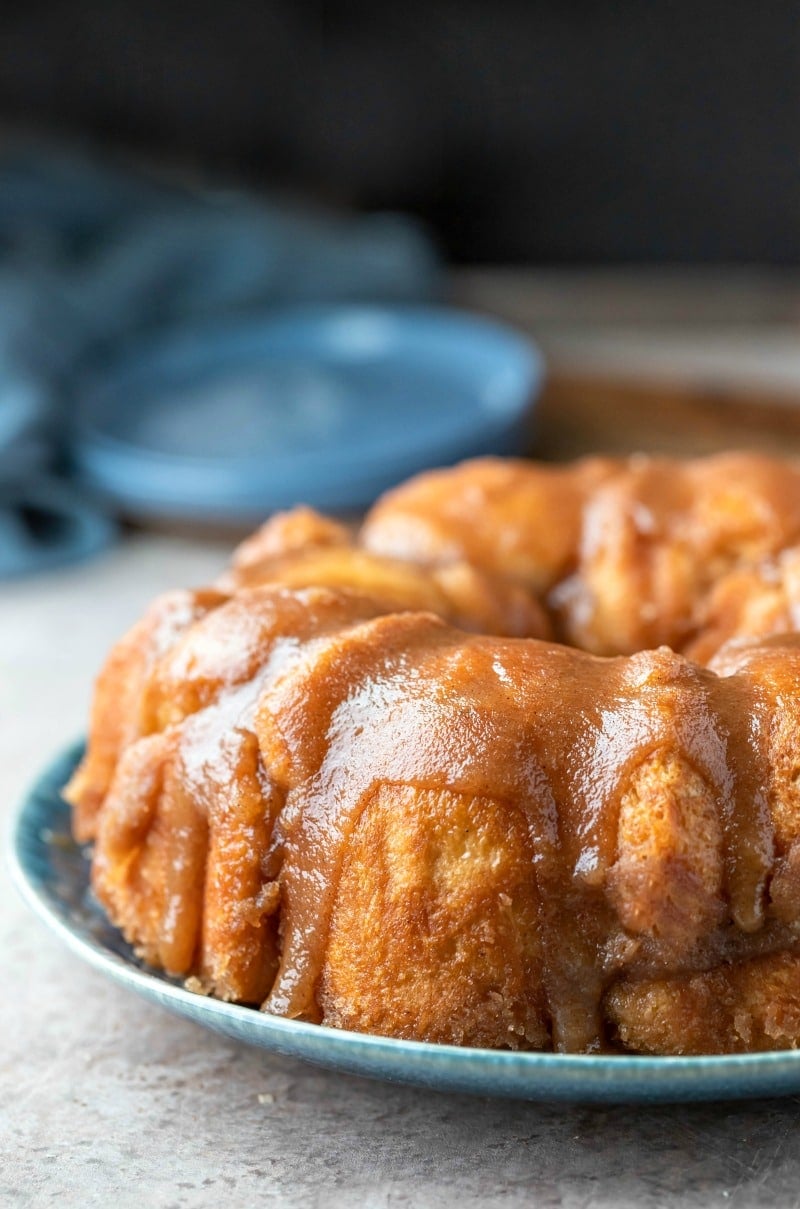 Do I Have To Use A Bundt Pan?

The short answer is yes.

Please don't use something like a springform pan or a tube pan because the hot cinnamon sugar could run out and make a mess or burn you.

You could absolutely experiment and make this in other ways (i.e. muffin tins), but, again, please use bakeware that is a solid piece to avoid mess and burns. 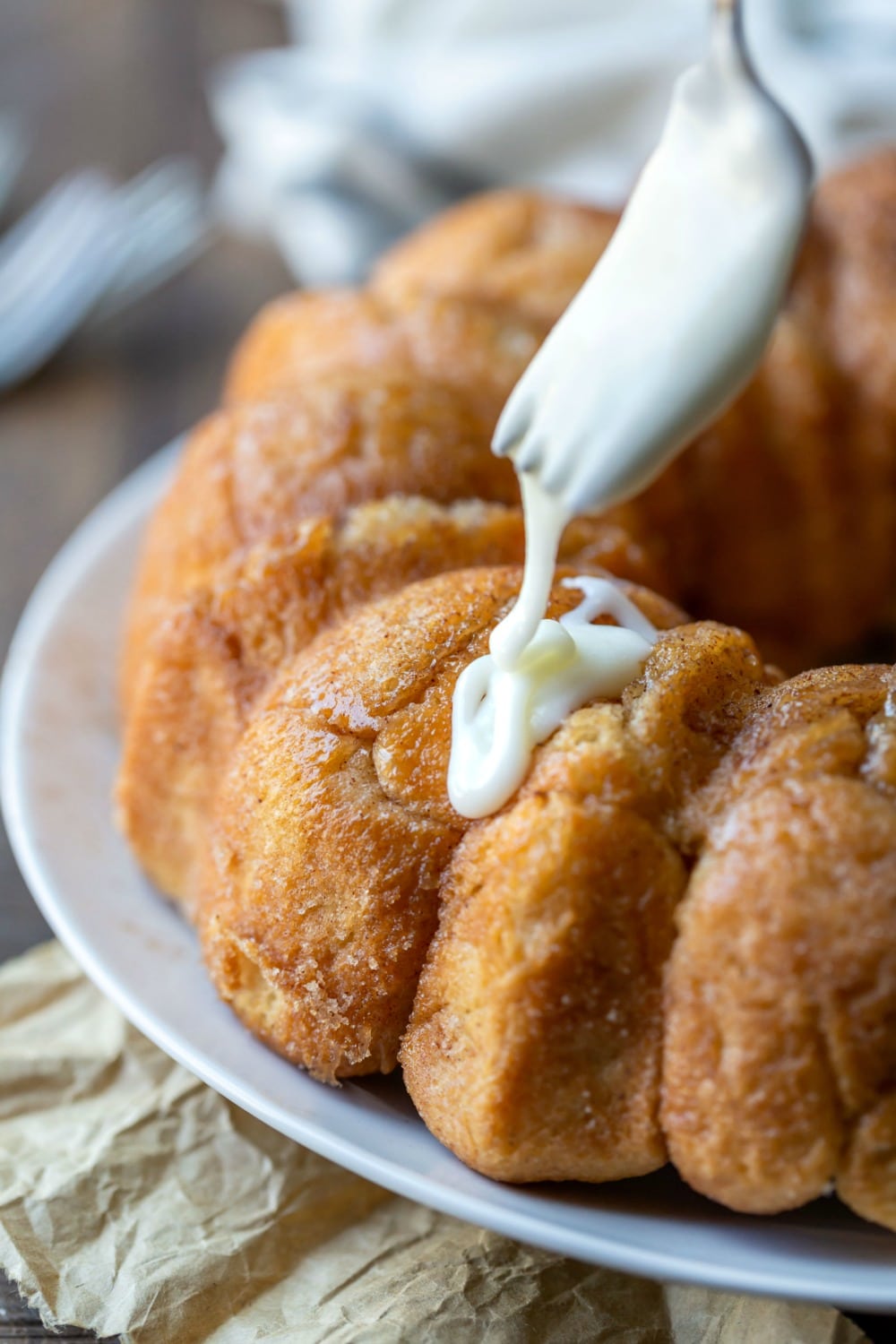 Can I Freeze Monkey Bread?

You can! I recommend waiting to ice the monkey bread until after freezing and thawing as the icing can melt into the bread.

To freeze the monkey bread, wrap pieces of baked and cooled bread in plastic wrap. Placed the wrapped pieces in a resealable plastic baggie and store in the freezer for up to 1 month. 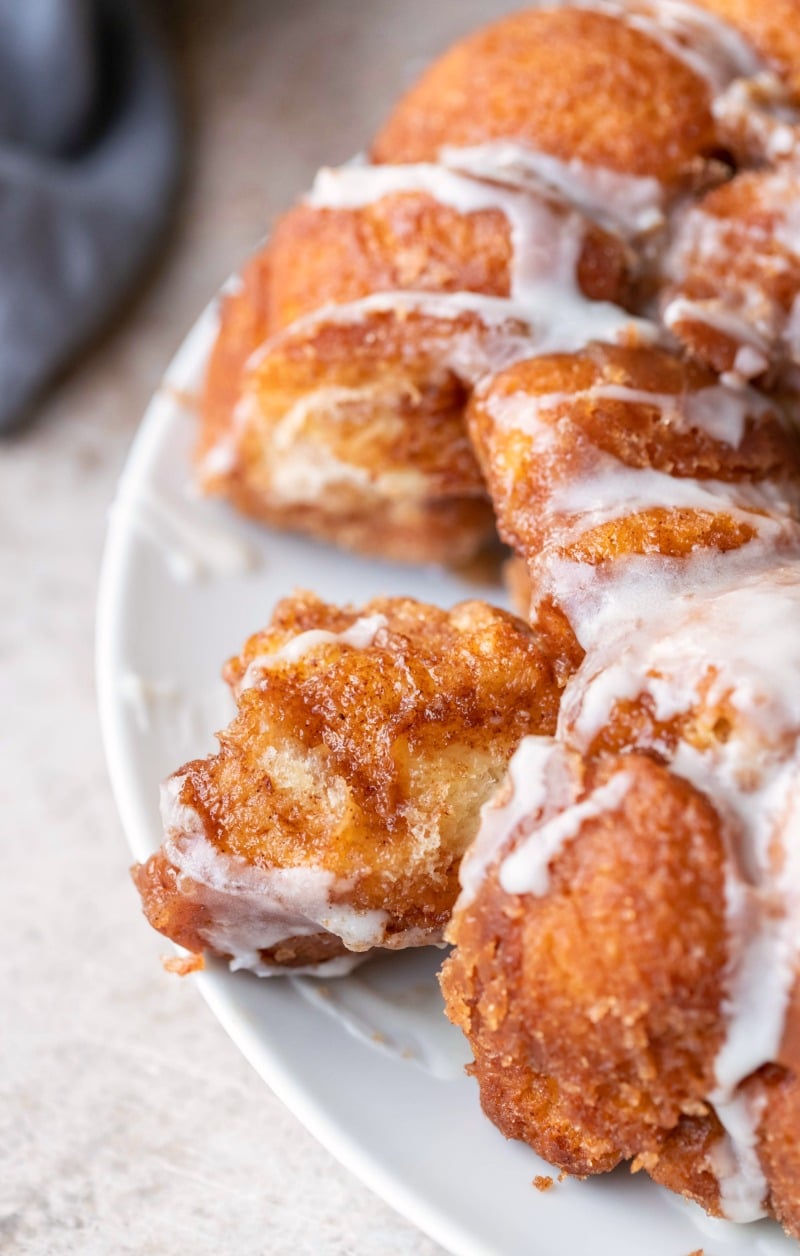 If you’ve tried this monkey bread recipe, don’t forget to rate the recipe and leave me a comment below. I love to hear from people who've made my recipes! 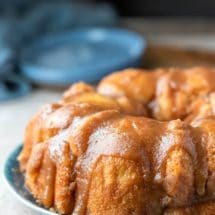