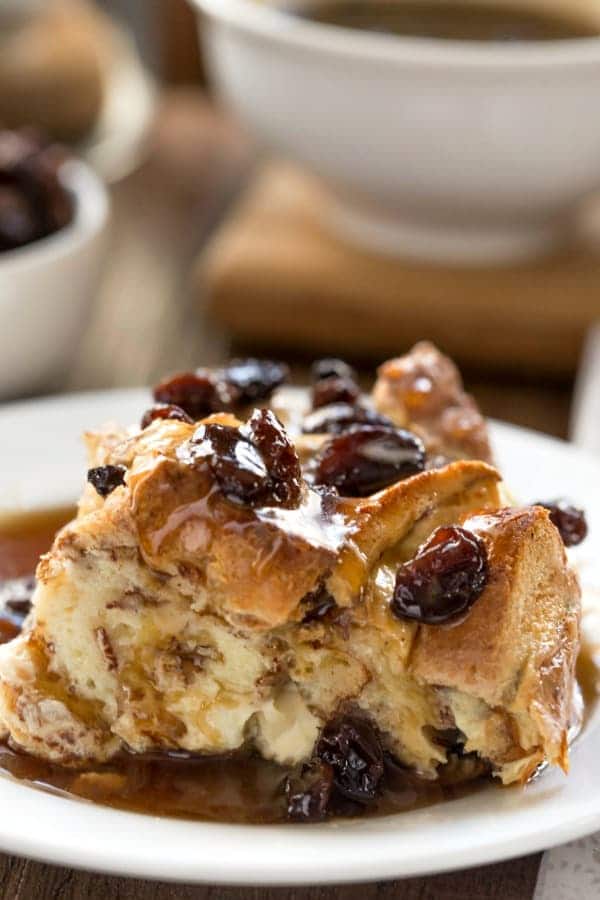 I love all of the food at this time of year!

There is so much great comfort food that so many memories that go along with it.

Now that I'm usually the one doing the cooking, I mix in family recipes with new favorites.

One of our traditional desserts is bread pudding.

My grandma made a great bread pudding, and since I'm such a carb-lover, it's always been a favorite of mine. 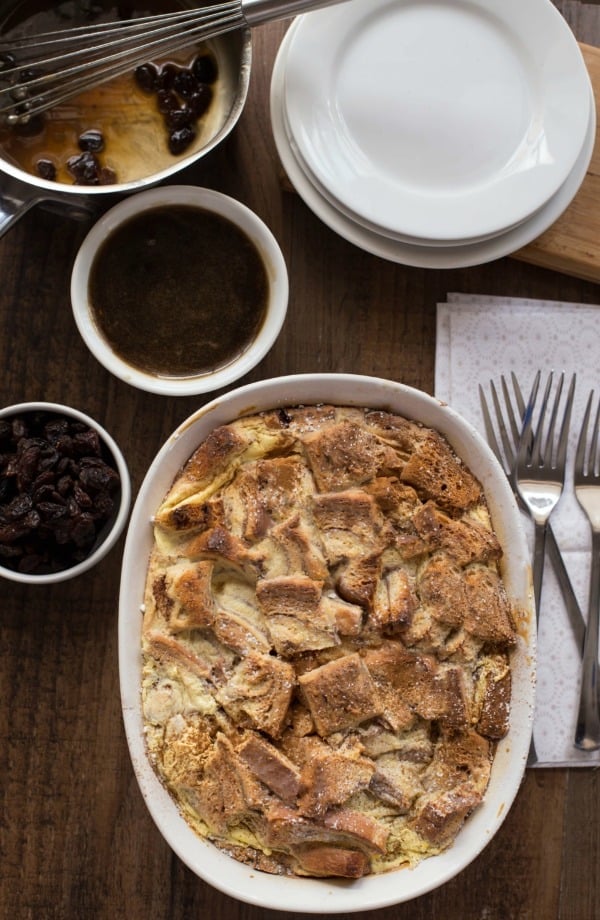 So, whenever we go out to eat, I order bread pudding for dessert if it's on the menu.

As much as I love bread pudding, though, they're sometimes overly sweet.

Between the super sweet bread and sauce, it can be way too much. 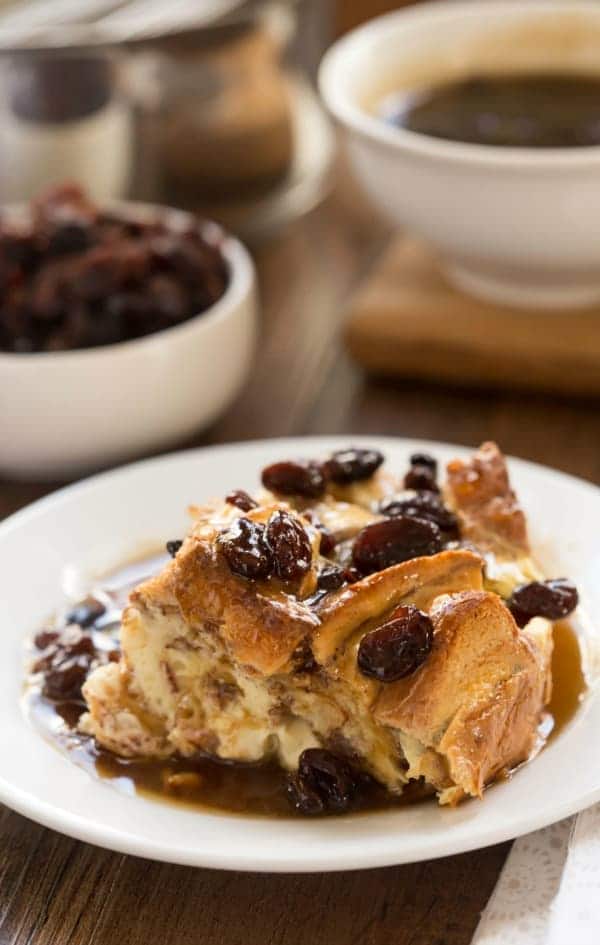 I tried to find more of a balance with this Cinnamon Swirl Bread Pudding with Maple Butter Rum Raisin Sauce.

I left the sugar out of the bread pudding and found that no one missed it.

Between the plump, naturally sweet raisins and the maple syrup, the sauce was rich and buttery and sweet - the perfect complement to the creamy cinnamon bread pudding.

Plus, as far as comfort foods go, it's hard to beat some warm bread pudding on a cold winter's night - unless it's with some cold bread pudding for breakfast in the morning!

Seriously, if you've never eaten it cold, try it! It is incredible! 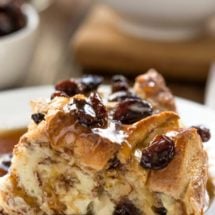