Best box mix brownie recipe! These easy one-bowl cocoa powder brownies are as easy as boxed mix brownies, but they taste so much better! 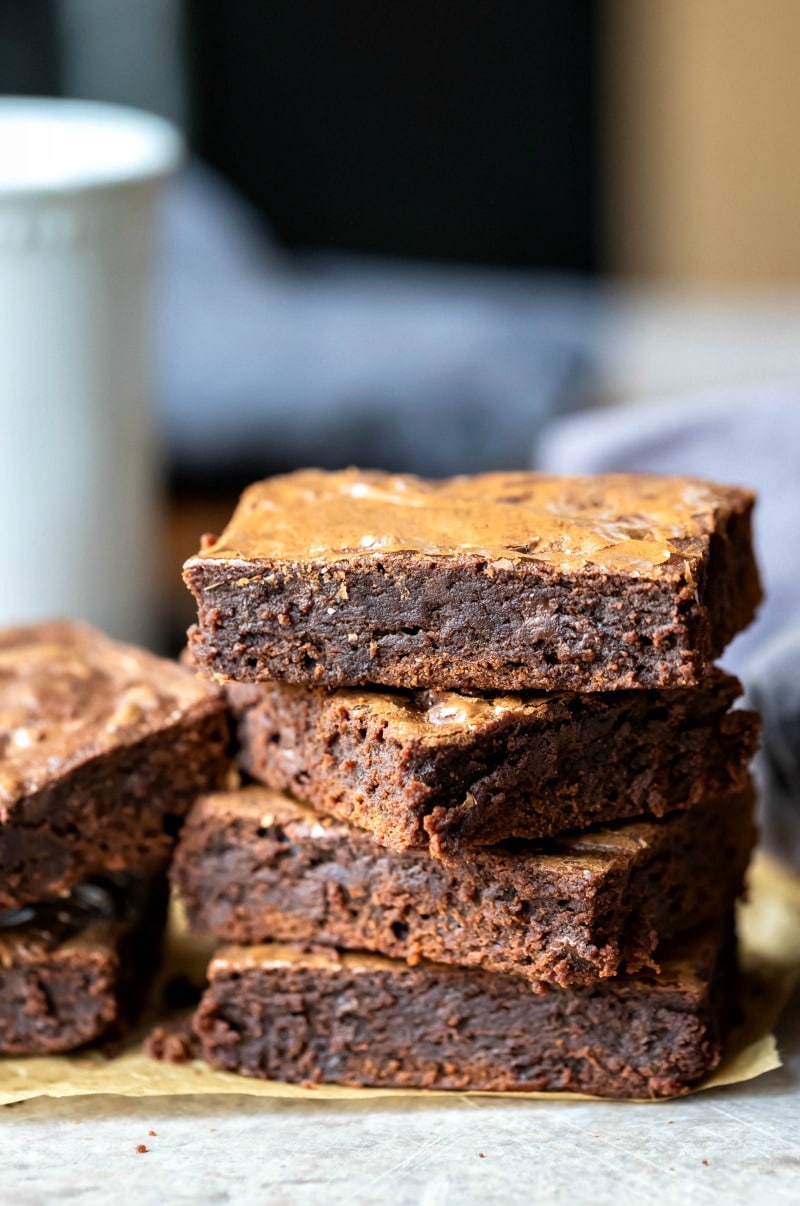 Brownie mixes are the star of the box mix section. As an aside, I had no idea people had such strong feelings about mixes! Turns out, a lot of people really love or really hate them.

There are some great cakes that begin with a box cake mix, but it isn't difficult to make amazing cakes from scratch. Brownies, though, are a whole 'nother story.

Mix brownies are one dessert that scratch recipes always try to copy. Even though the flavor can be a little lacking, box mix brownies have that amazing chewy/fudgy texture and perfect, shiny brownie crust that make them so incredible. 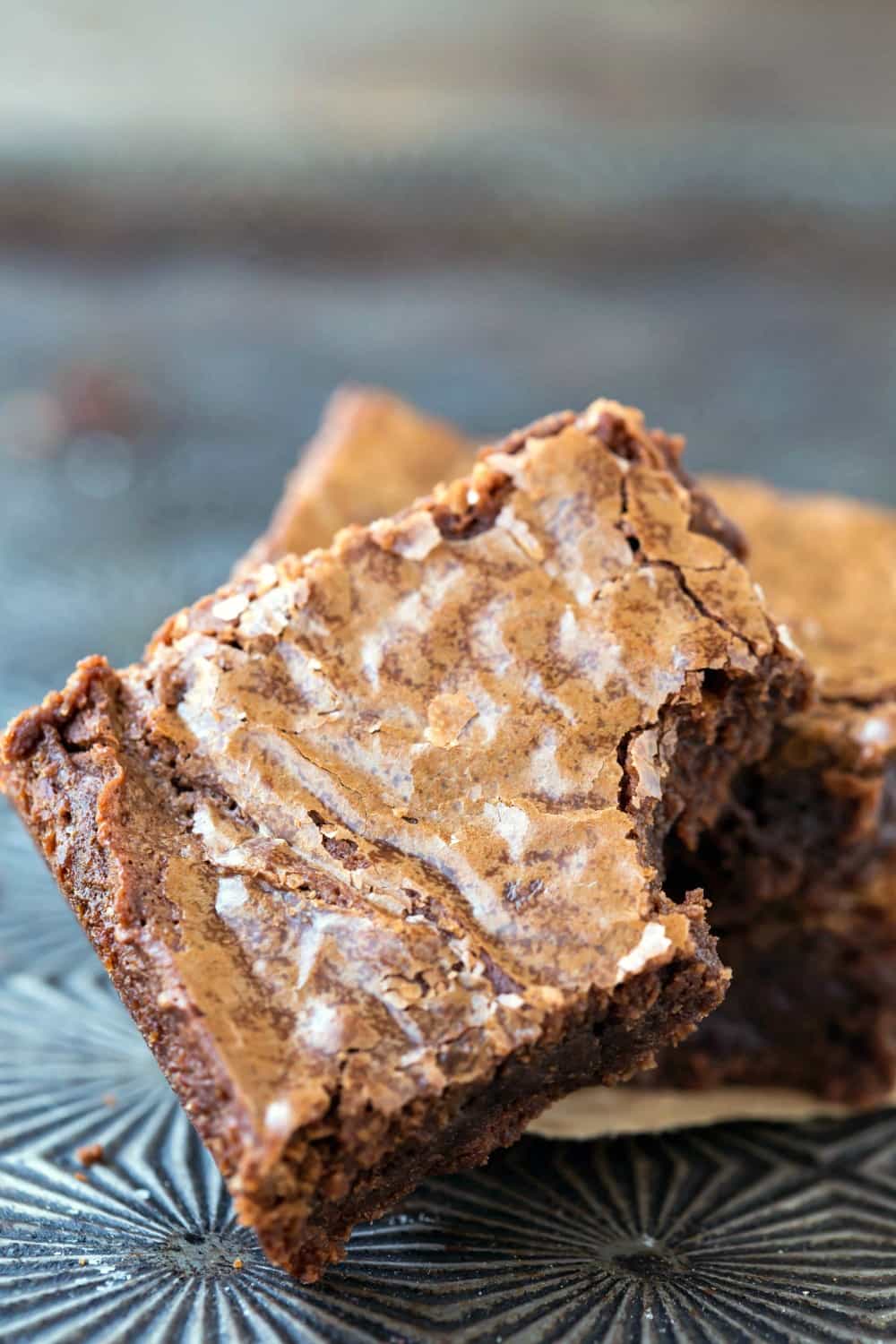 Are These Brownies Fudgy?

These brownies fall somewhere in between chewy and fudgy. They have the same great shiny crust like box mix brownies, but they have the yummy chocolate flavor that so many mixes are missing.

Check out this recipe if you want rich, fudgy brownies.

How To Make Box Mix Brownies From Scratch

If you aren't familiar with baking brownies, check out my how to make brownies post for tons of tips and info that will help you make the best brownies. 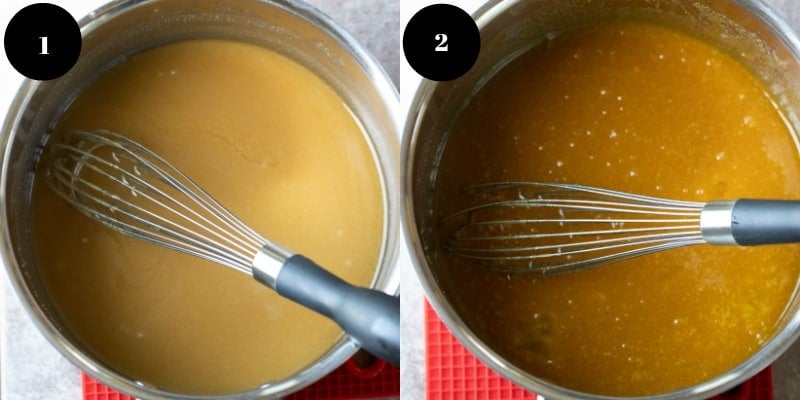 Whisk the butter, sugars, and vanilla together until well-combined (1). Whisk in the eggs one at a time until combined (2). 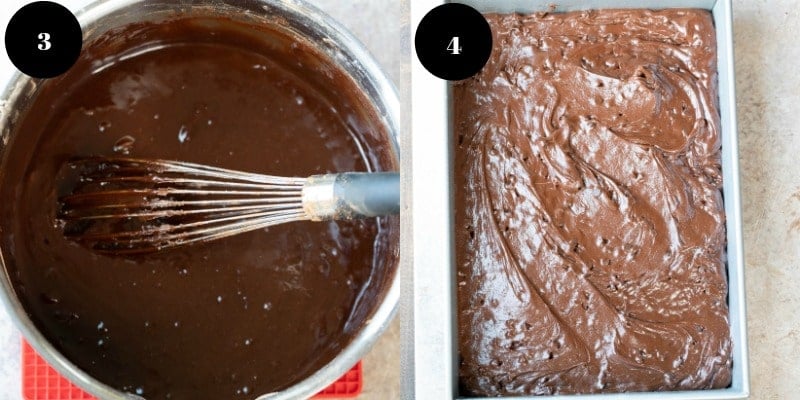 Add the flour, cocoa powder, and salt to the bowl (3). Whisk just until combined. There's no need to beat the batter - whisking it just until the ingredients are incorporated is sufficient. The batter should be thick and smooth.

Stir in the chocolate chips, and pour the batter into the prepared baking pan (4).

Let the brownies cool in the pan before cutting and serving. 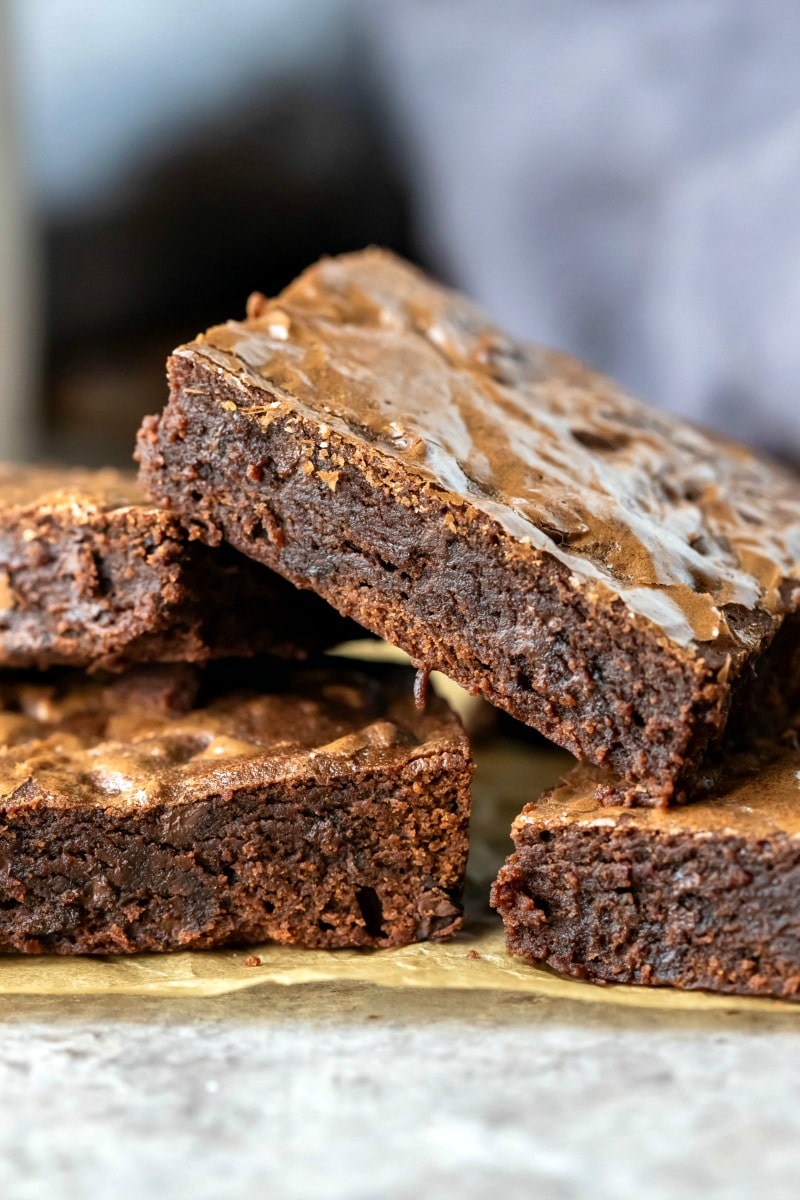 These brownies will have a thin, shiny crust on top. They'll be set at the edges and still look a little fudgy in the middle.

When a wooden toothpick is inserted in the center, it should come out with just a few fudgy crumbs attached. 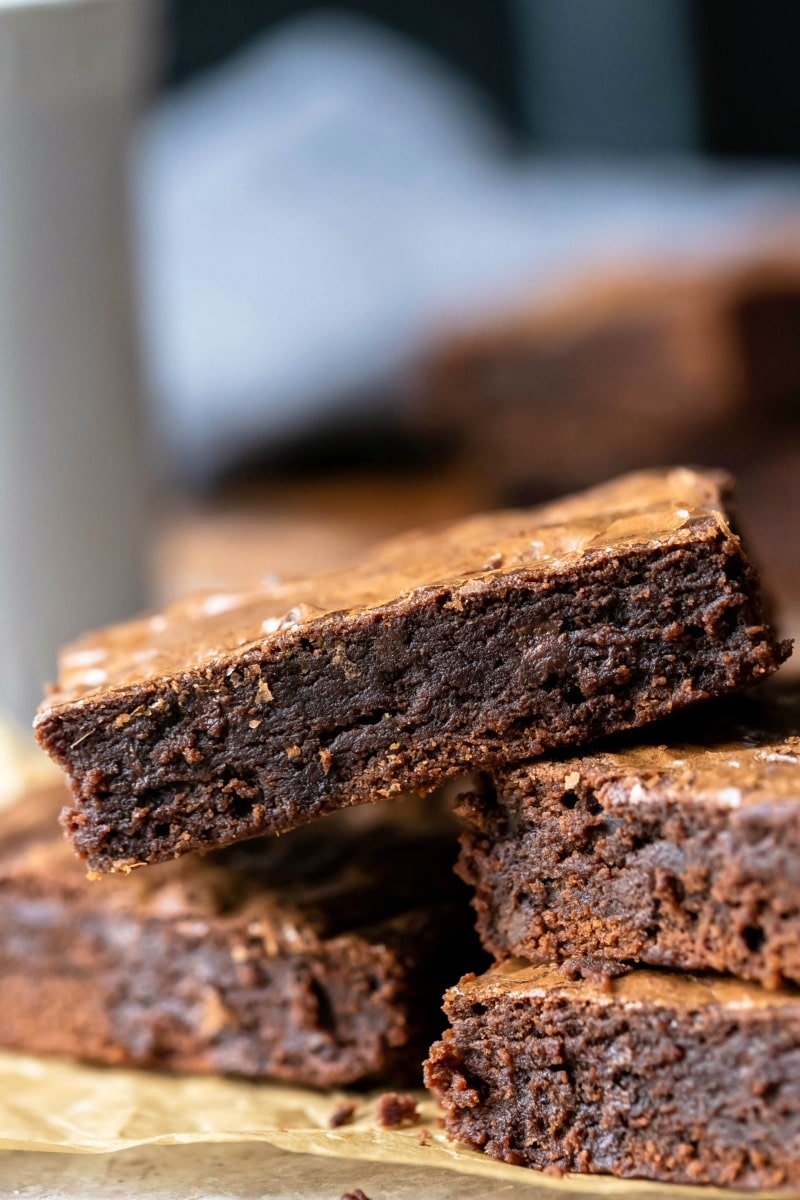 How To Store Brownies

I like to store brownies, covered, in the fridge because it helps to make them chewier and fudgier. It also makes them last a little longer. 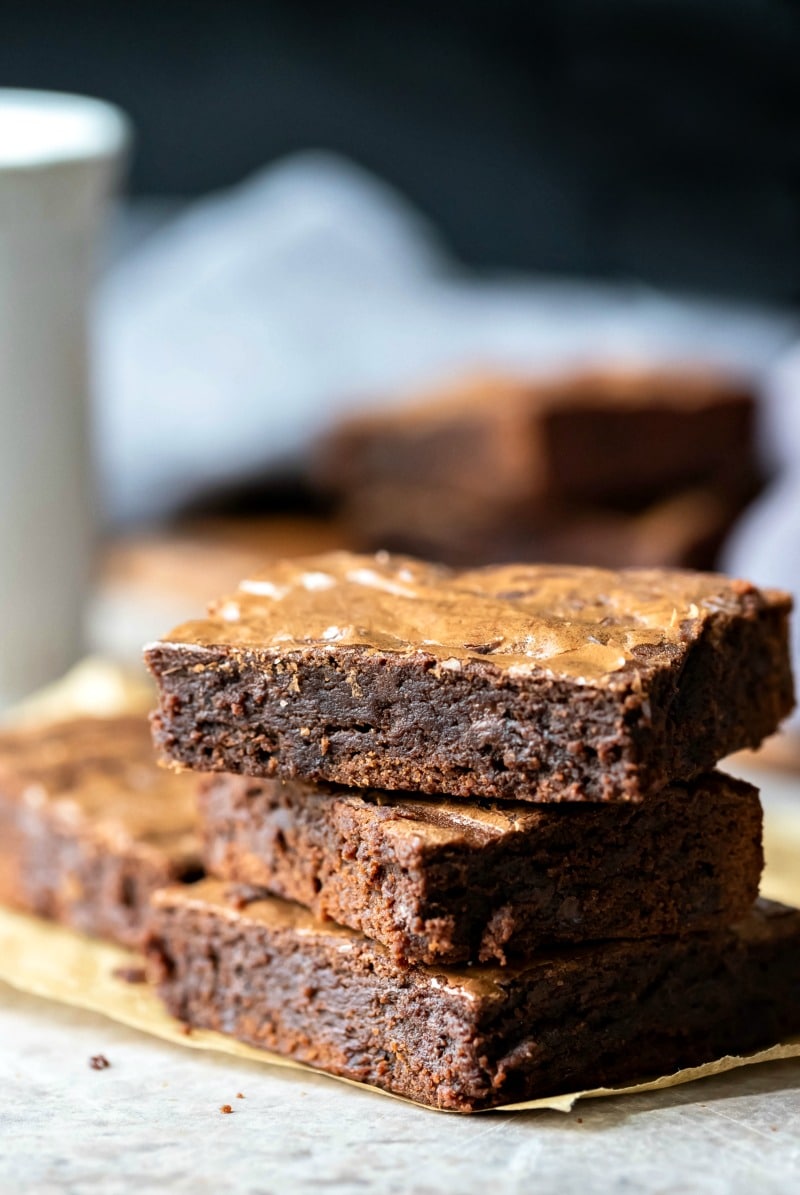 If you’ve tried this better than box mix brownie recipe, don’t forget to rate the recipe and leave me a comment below. I love to hear from people who've made my recipes! 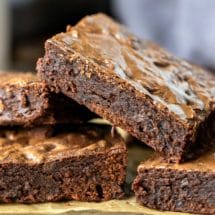