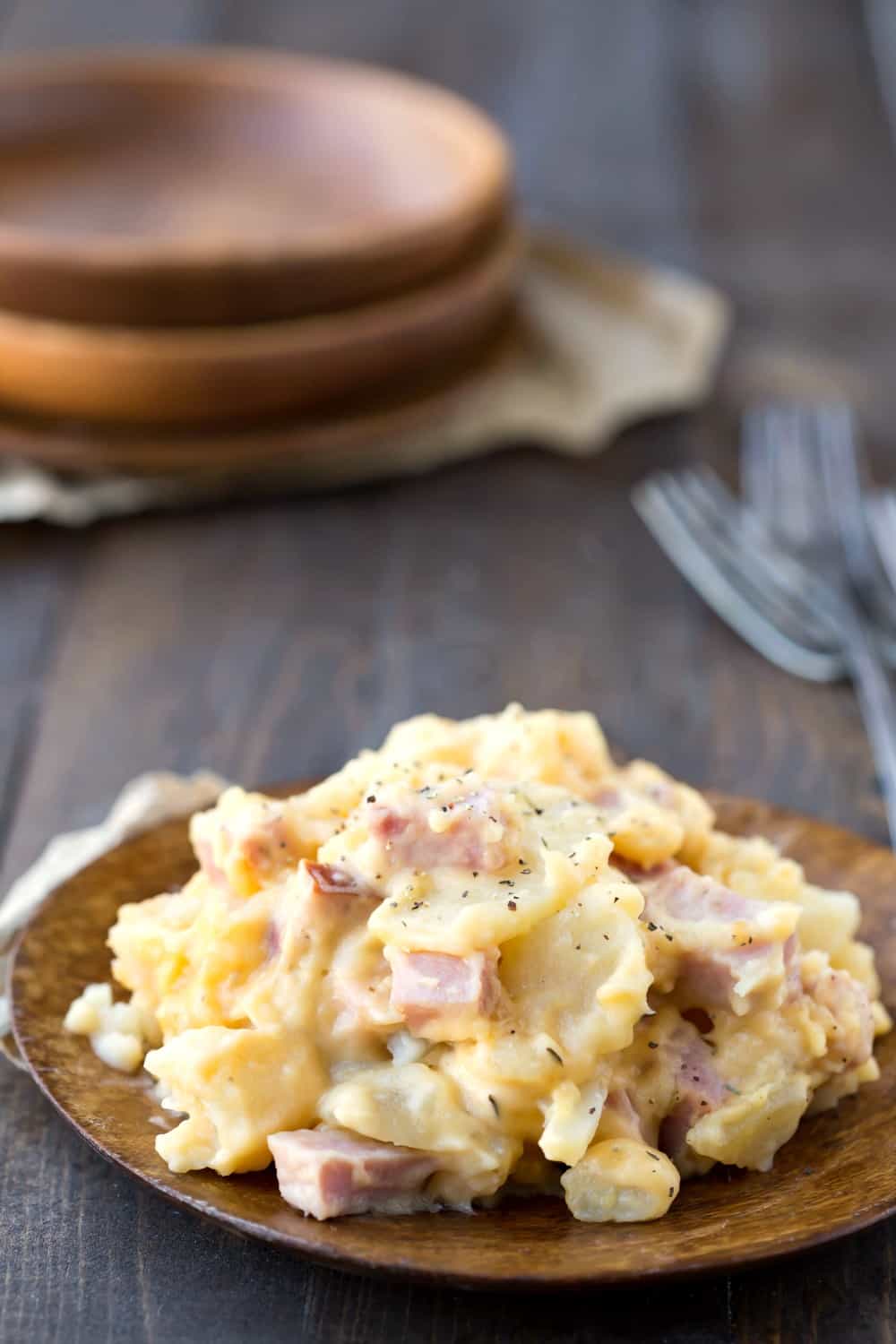 I always like holiday dinners. I think I enjoy them as much for the tradition and nostalgia as for the food.

Don't get me wrong, though. I do love the food! 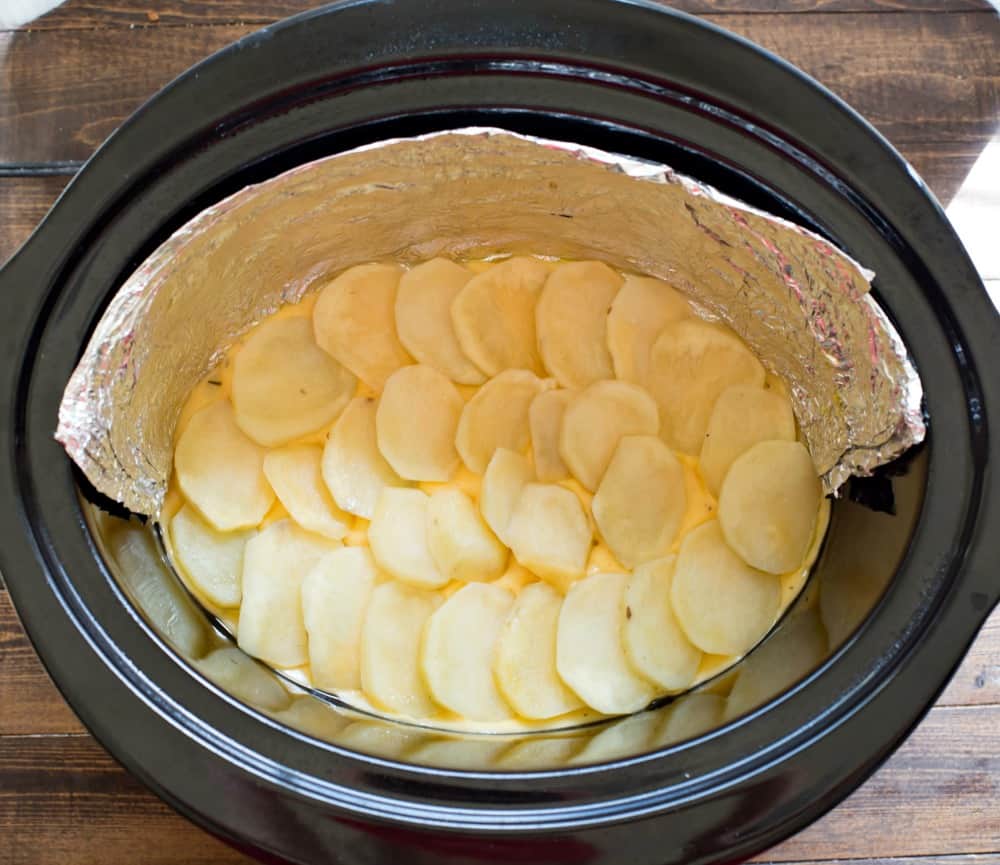 Ham at Easter and at Christmas was always a tradition in my house while I was growing up. I still love having ham during the holidays.

My kids aren't huge meat-eaters, so now now I have to figure out what to do with all of the leftover ham. 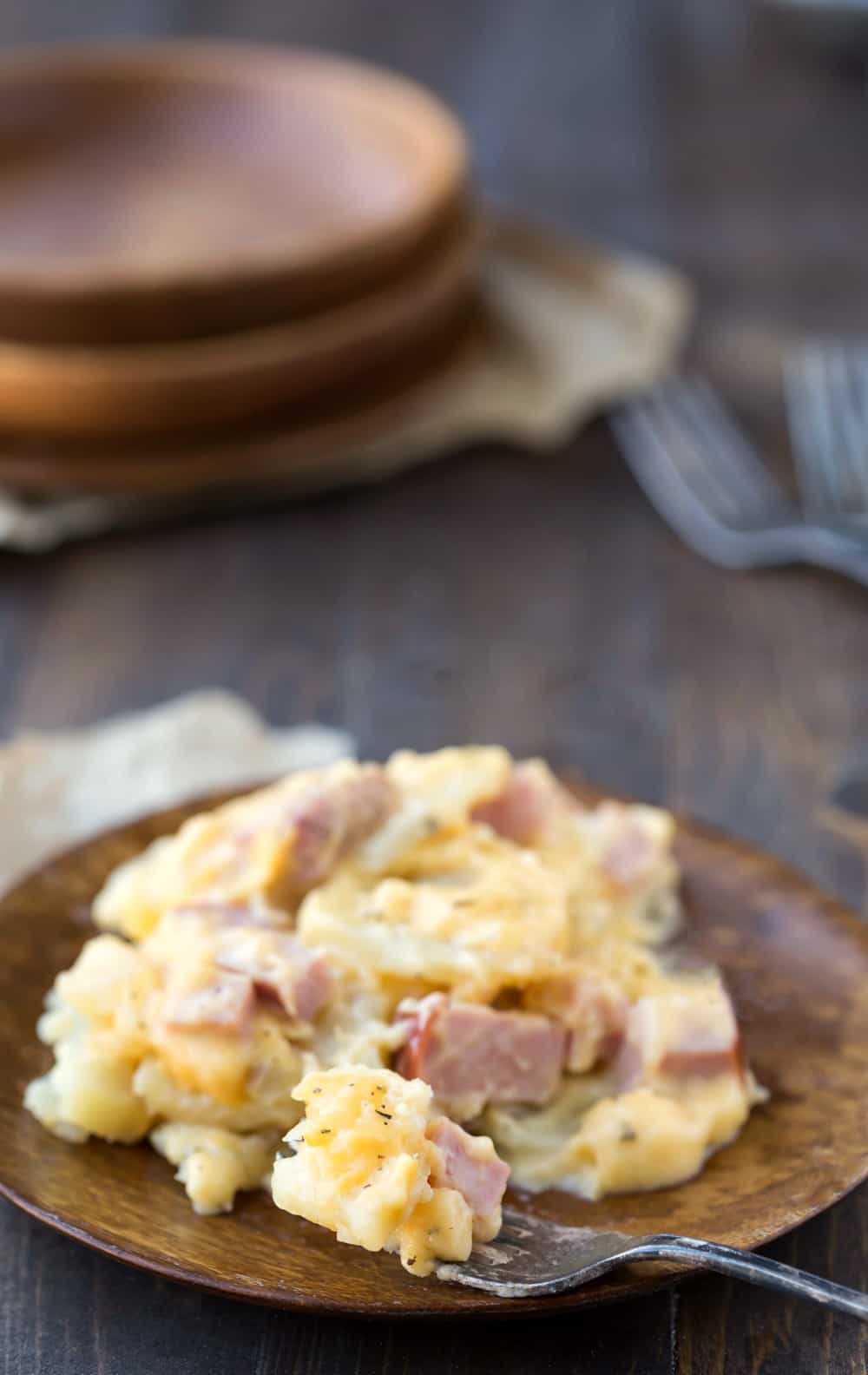 I always look forward to the leftovers (and not having to cook the day after the holiday).

However, after a day or so of reheating the leftovers, it's nice to turn some of the food into a whole new meal. These Slow Cooker Scalloped Potatoes with Ham are the perfect way to do that!

These cheesy potatoes are a yummy main dish. They take a little more work than a toss-and-go slow cooker meal, but it's so worth it!

If you are short on time, some of the prep (grating the cheese, cutting up the ham) can be done ahead of time. 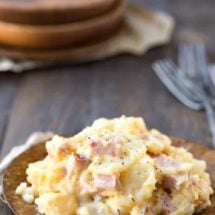 *This recipe does not hold well on warm.  **Nutrition facts have been estimated.