30 Minute Cinnamon Sugar Knots taste like homemade cinnamon rolls, but they're made from scratch in just half an hour! Delicious breakfast or dessert recipe. 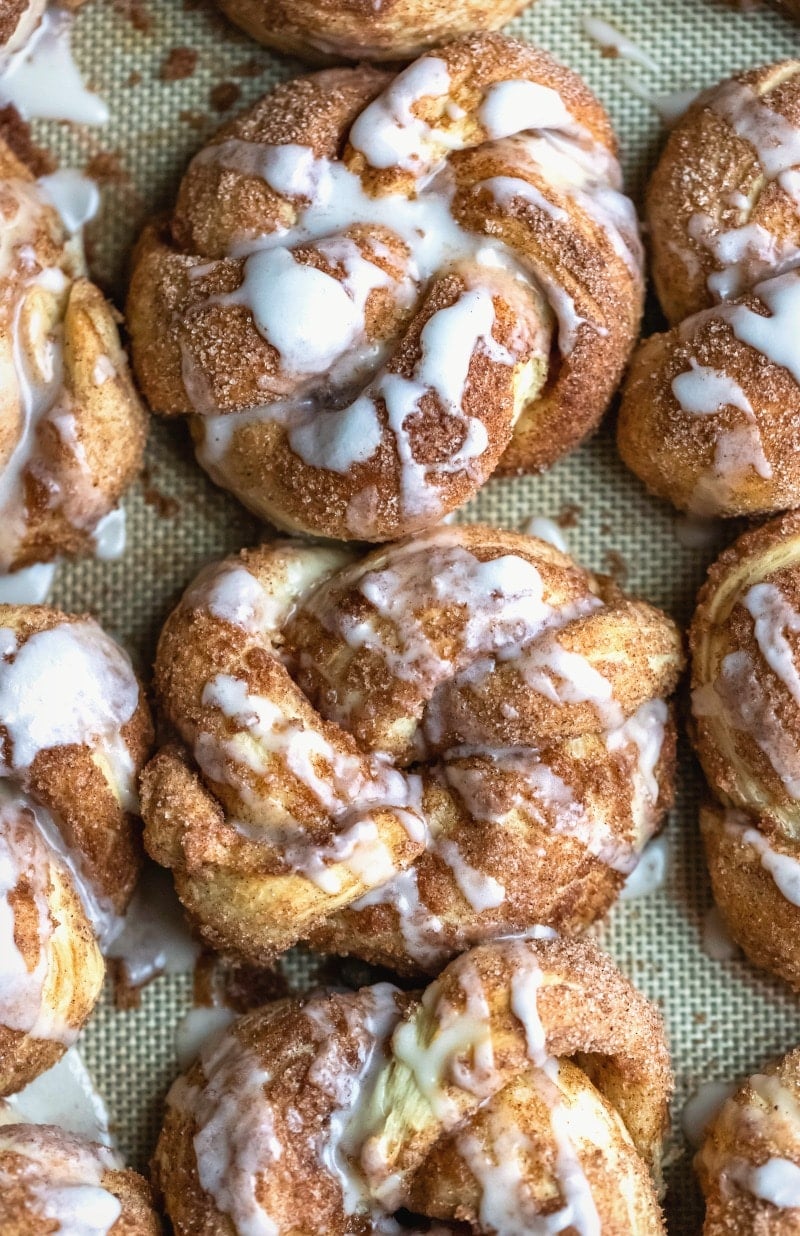 One of my favorite things to do is to bake fresh bread. And when that fresh bread is covered in a buttery cinnamon-sugar mixture, it's that much better!

These 30 Minute Cinnamon Sugar Knots can be made from scratch in just half an hour, so they're perfect for times when you want want a fresh cinnamon roll or cinnamon twist but don't want to spend hours making them.

I thought for a long time about making a sweet version of my 30 Minute Garlic Knots, and once I did, these guys quickly became one of my family's favorite recipes. 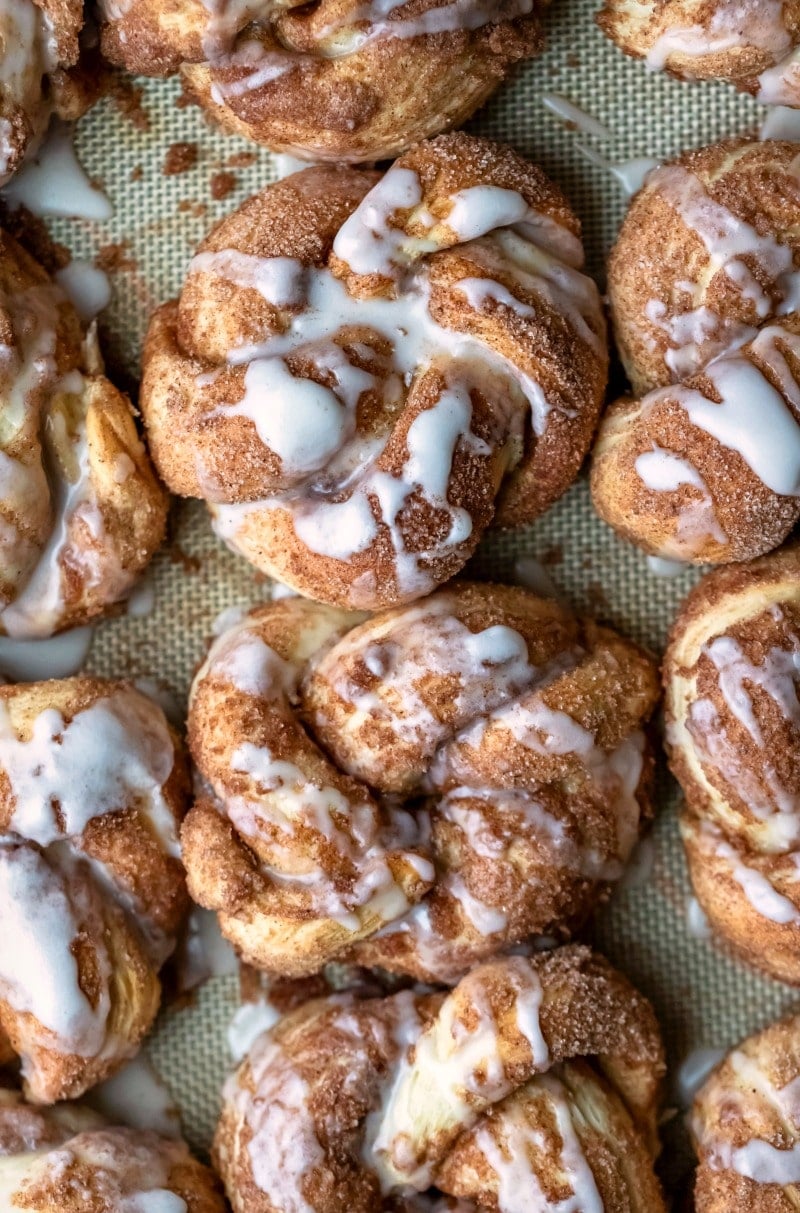 Cinnamon sugar knots are bread knots that have been dipped in butter and then coated with a mixture of cinnamon sugar. They're the sweet version of garlic knots. 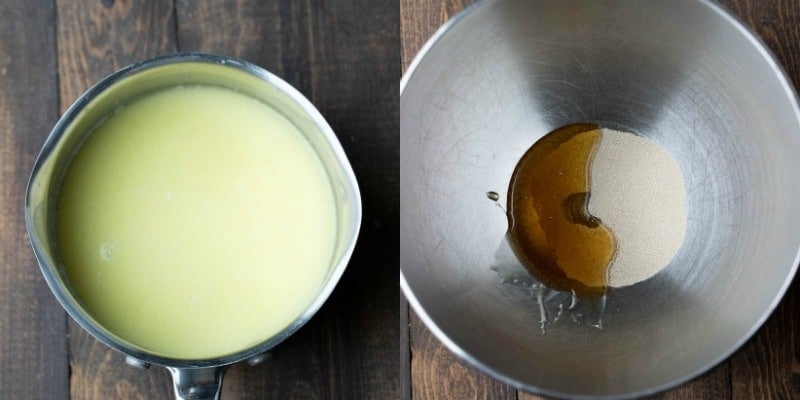 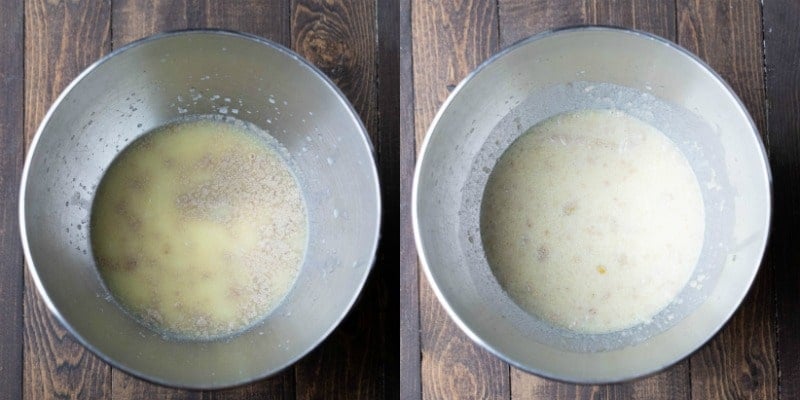 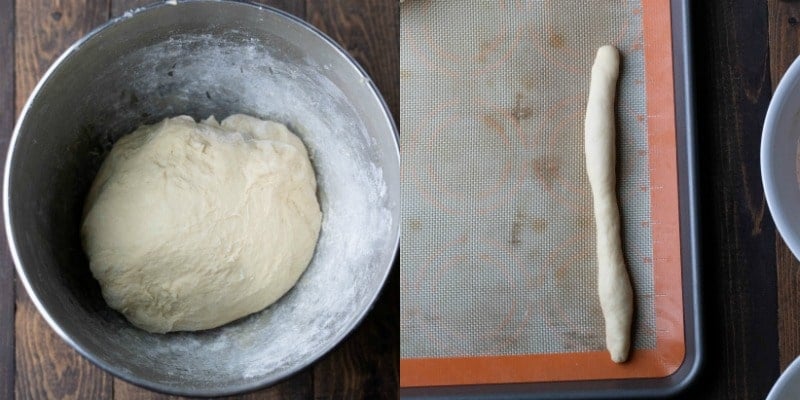 Mix in 2 ½ cups of flour. Continue adding flour until the dough comes together and clears the side of the bowl. Switch to the dough hook and knead for 2 minutes.

Divide the dough into 12 pieces, and roll each piece into a rope that's 8 inches long. 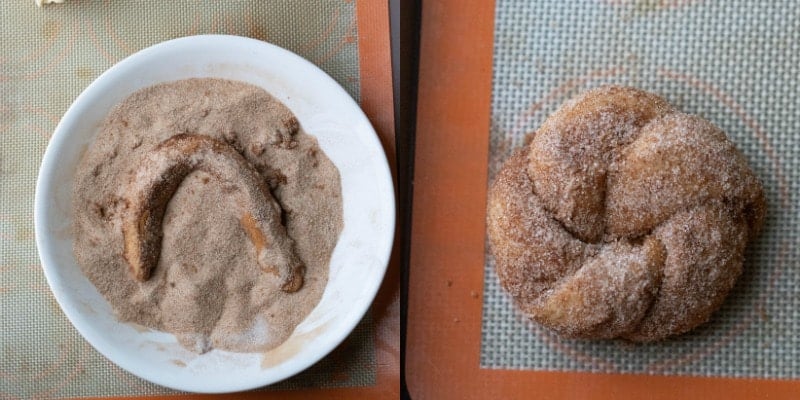 Dip the dough rope in butter and then roll in cinnamon sugar. Tie dough into knots. If you'd like to see how to see how to tie knots, check out the video below. 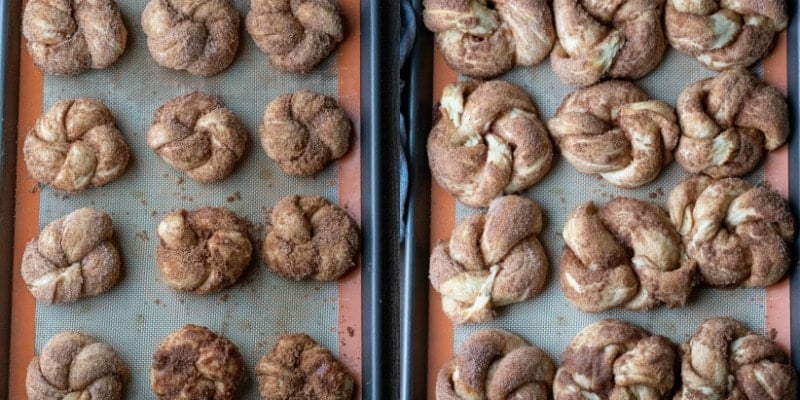 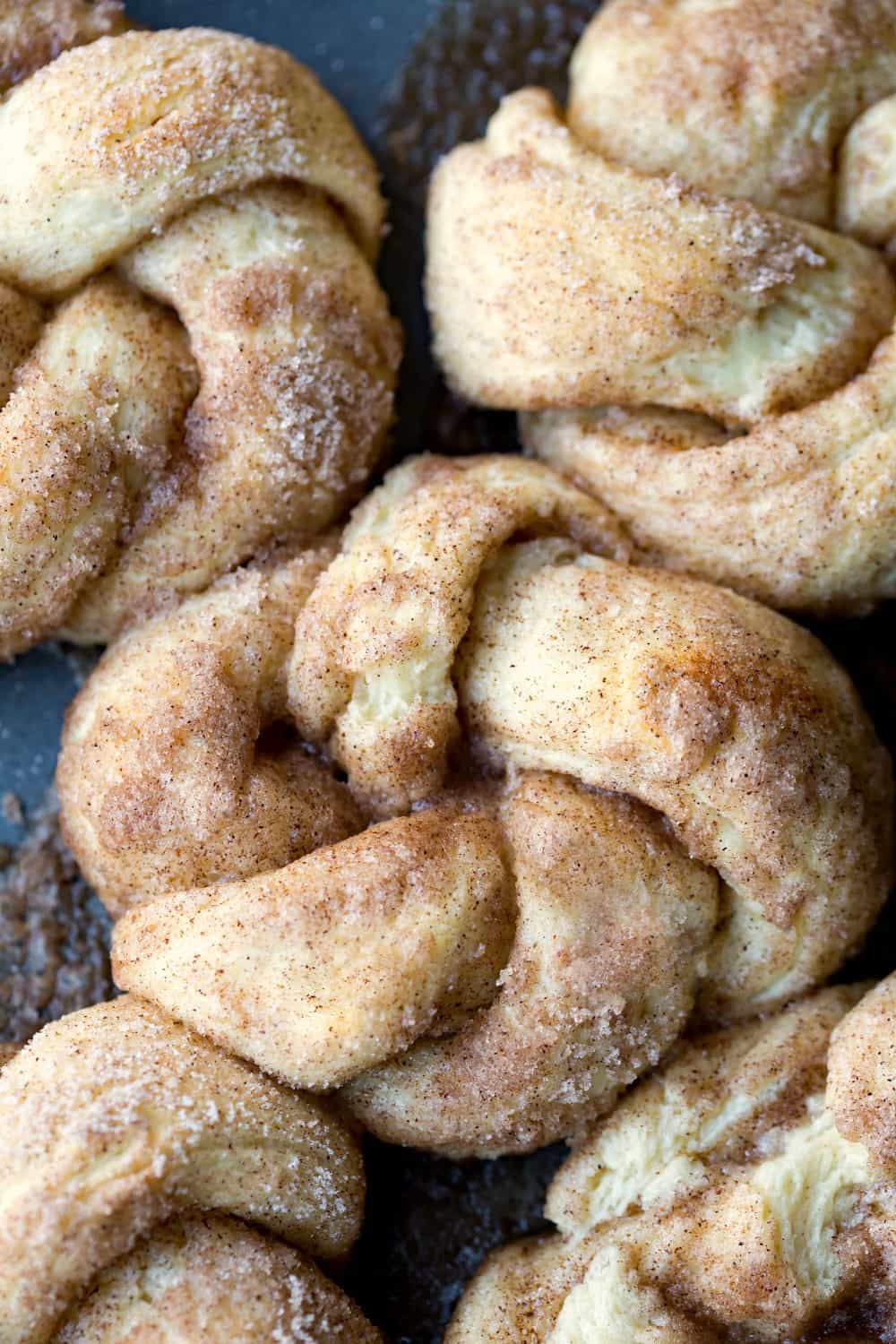 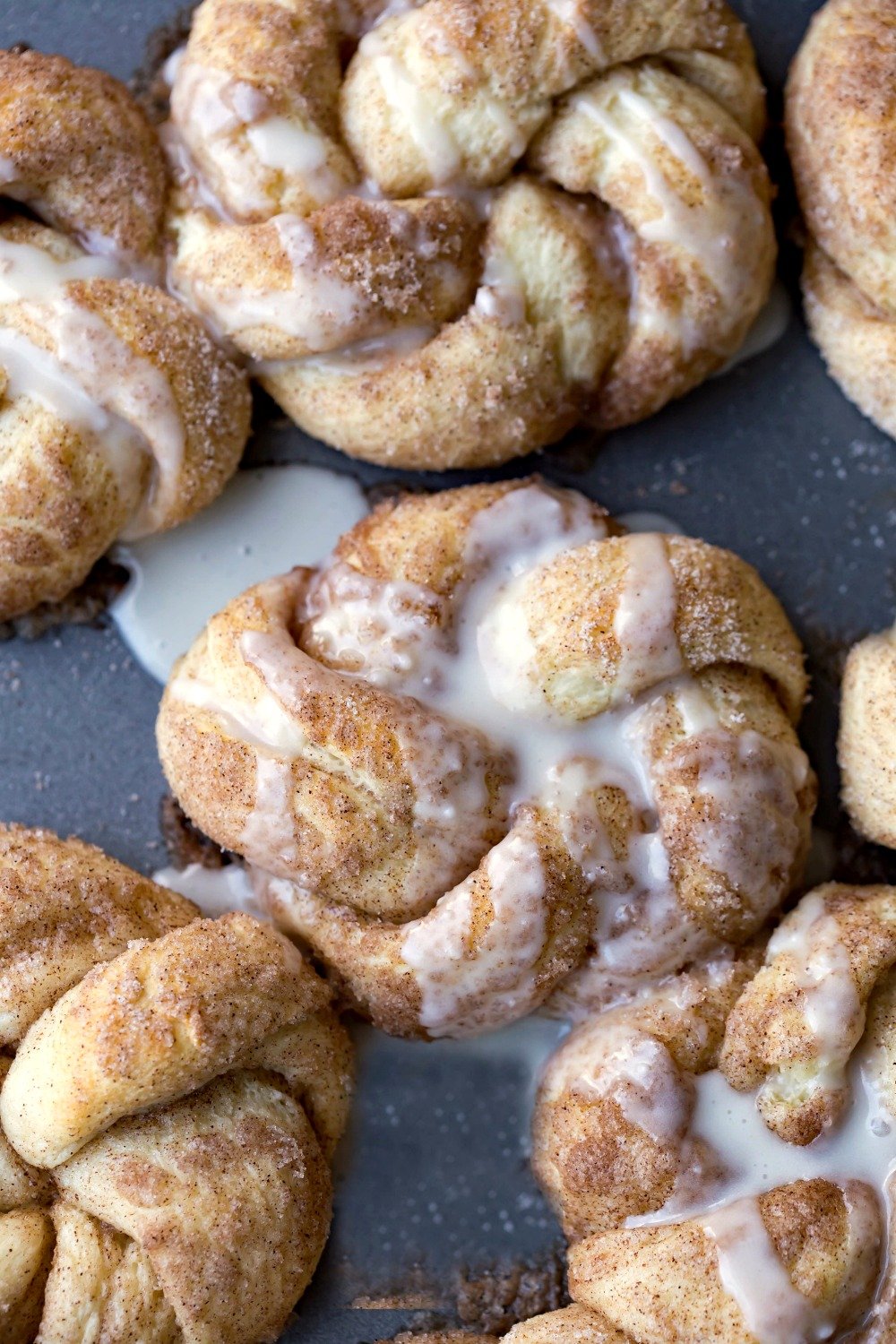 If you’ve tried this 30 minute cinnamon sugar knot recipe, don’t forget to rate the recipe and leave me a comment below. I love to hear from people who've made my recipes!