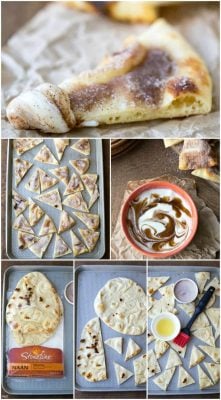 This blog post was sponsored by Stonefire® Authentic Flatbreads but the opinions are all my own. 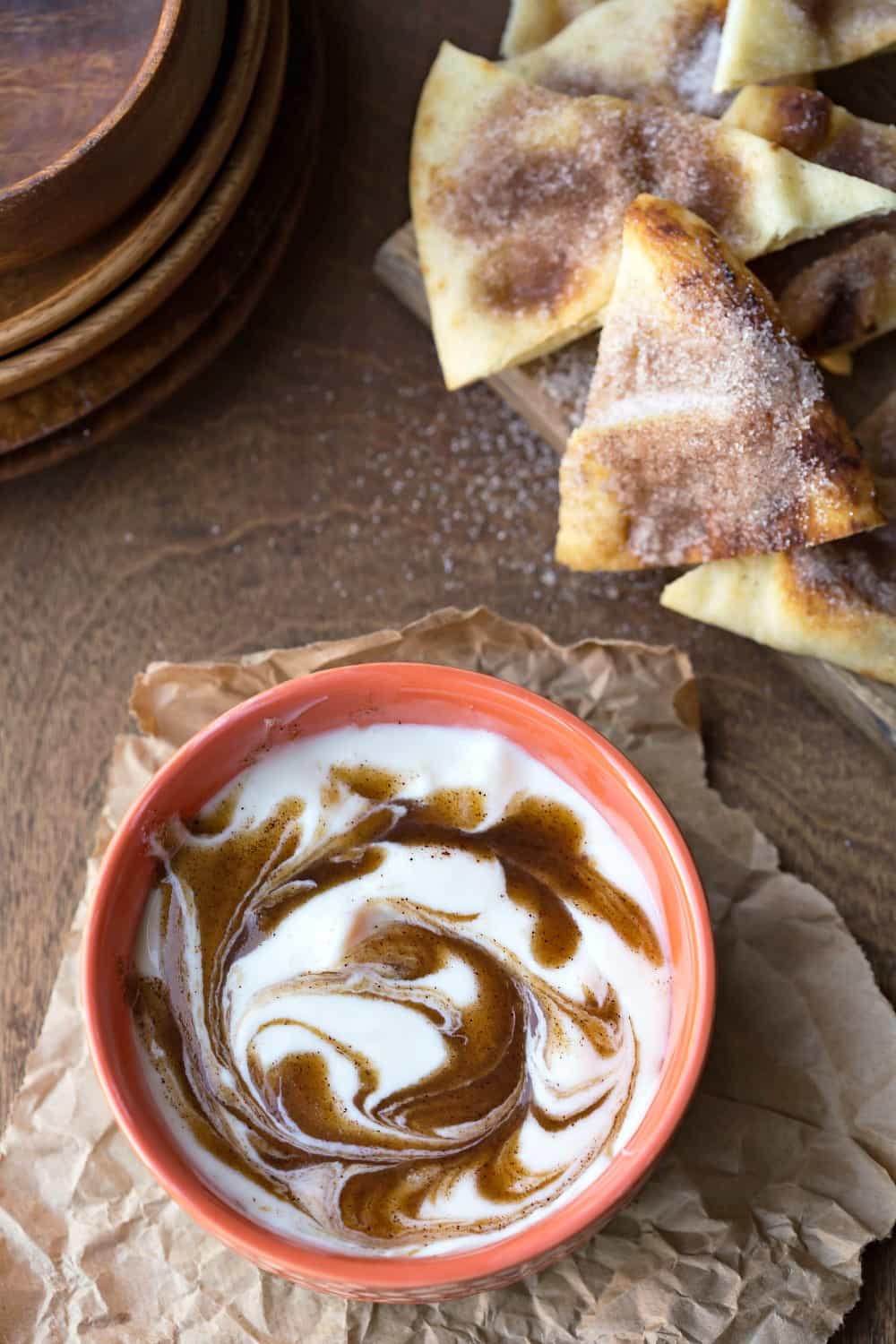 I don't think that I've ever met a cinnamon roll that I didn't like. I think it's because they have so many things that I love - sugar, butter, cinnamon, and bread - all in one little package. 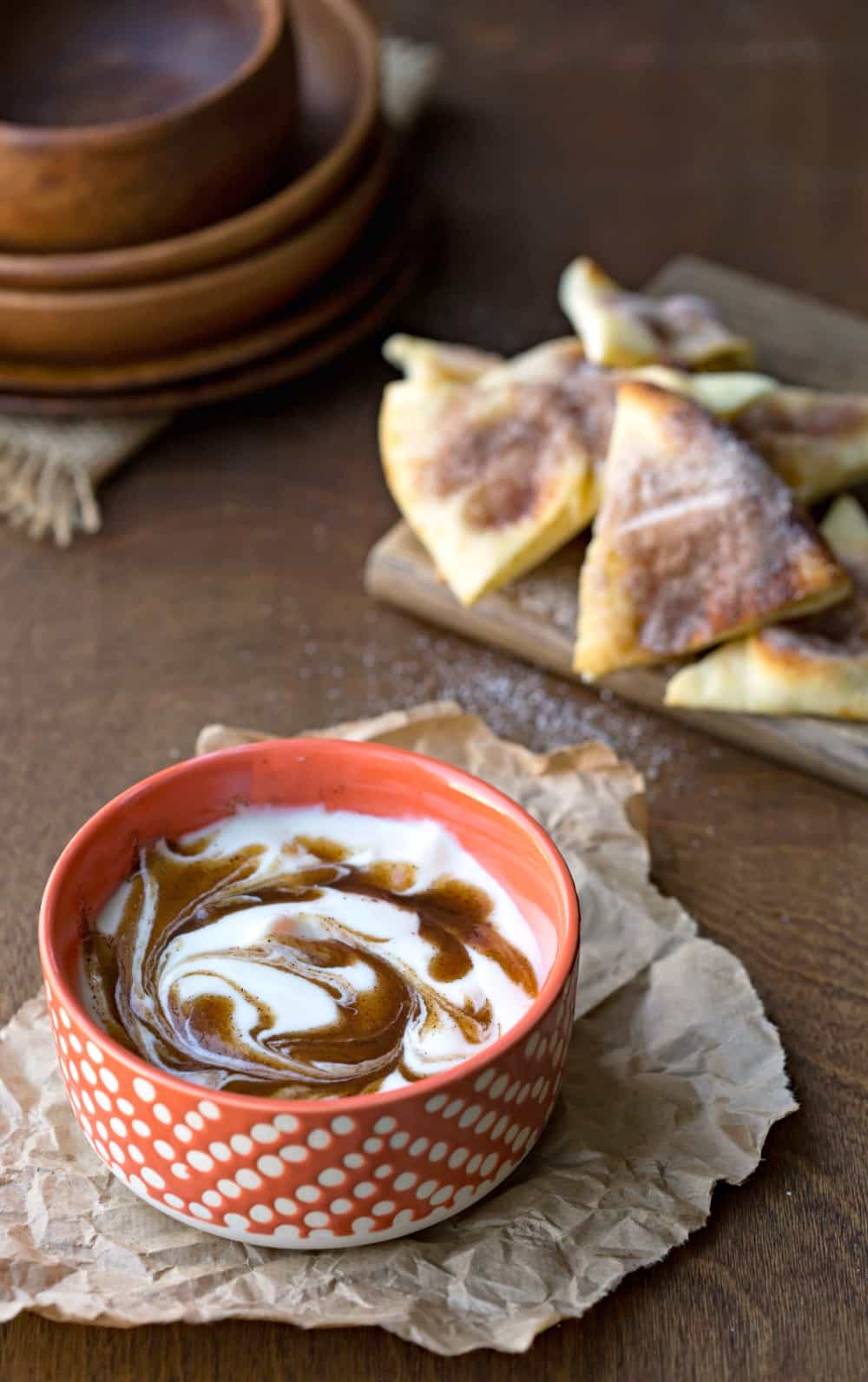 The one thing that I don't love about cinnamon rolls is how long they take to make. Turns out, there's a way to get all of the flavors of a cinnamon roll in a ridiculously easy dessert that's ready in less than 10 minutes, and that way is making this Cinnamon Roll Dip with Cinnamon Sugar Naan Chips. 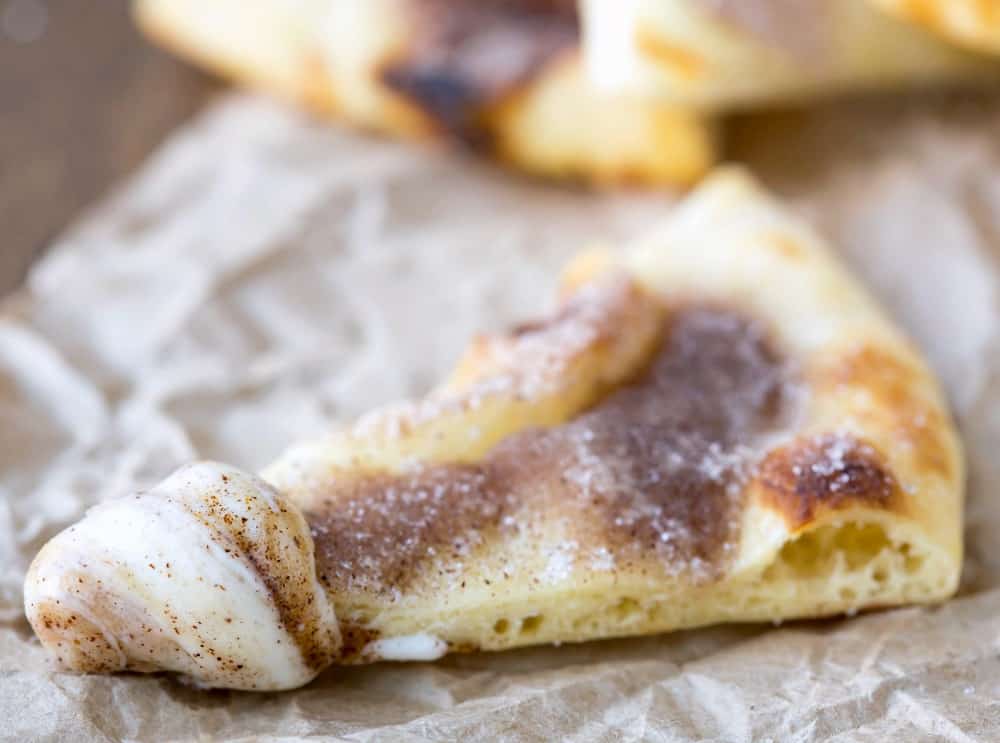 And it all starts with the cinnamon sugar naan chips. I use Stonefire Original Naan from my local Fry's Food Store. It's made with no added preservatives, and it's shipped to the store frozen, so it stays fresh without added chemical preservatives. It's also great for making into chips because it crisps up enough to hold up to dipping but still stays soft in the middle. 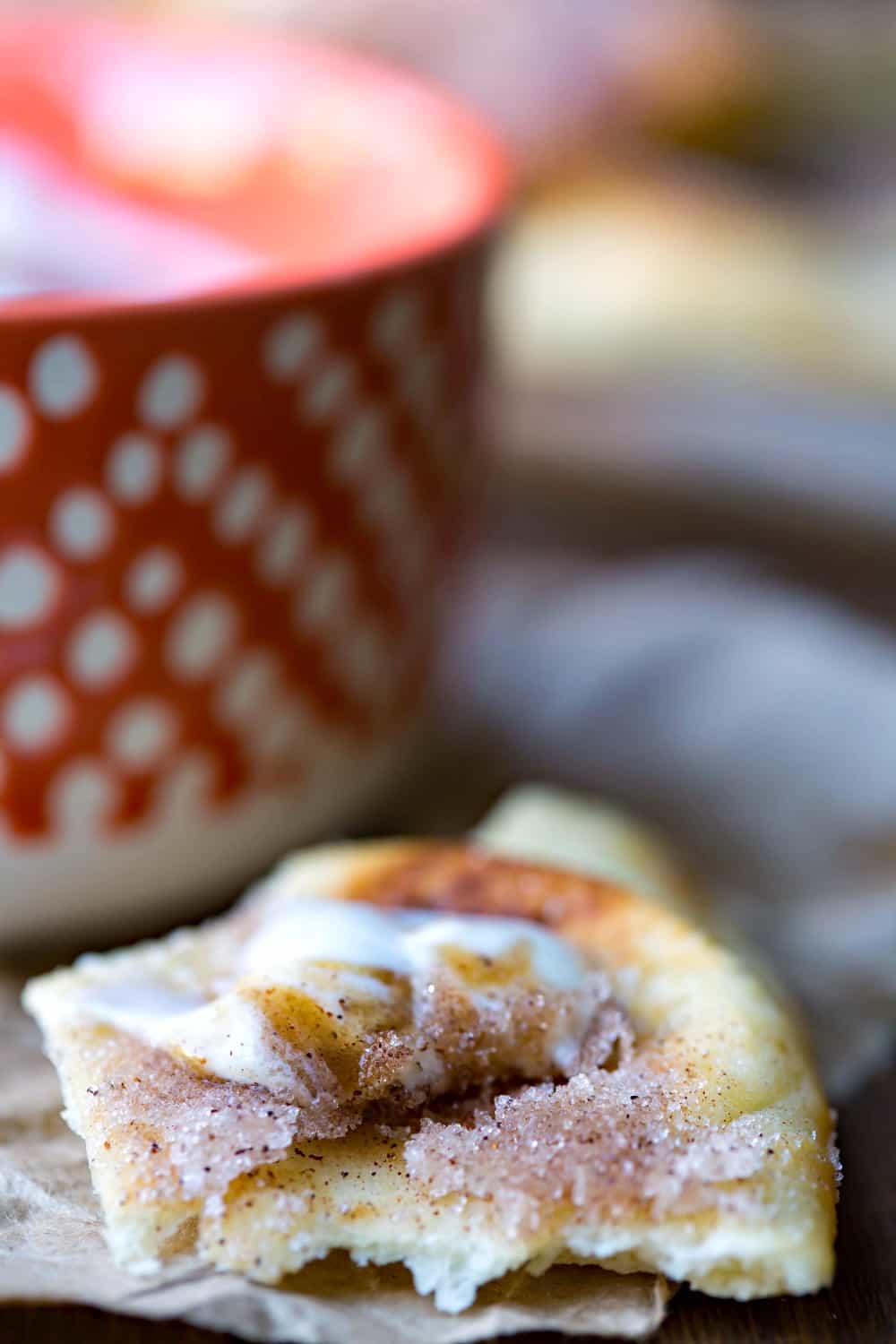 Then comes the dip! The cinnamon roll dip is cream cheese frosting meets cinnamon roll filling. It's tangy and sweet with a buttery sugar swirl. It also couldn't be much easier to make! I mix it up while the naan chips are baking so that it's ready when they are.

I suggest eating the the chips while they're warm (not hot). They smell so good coming out of the oven that I don't think you'll be able to resist! 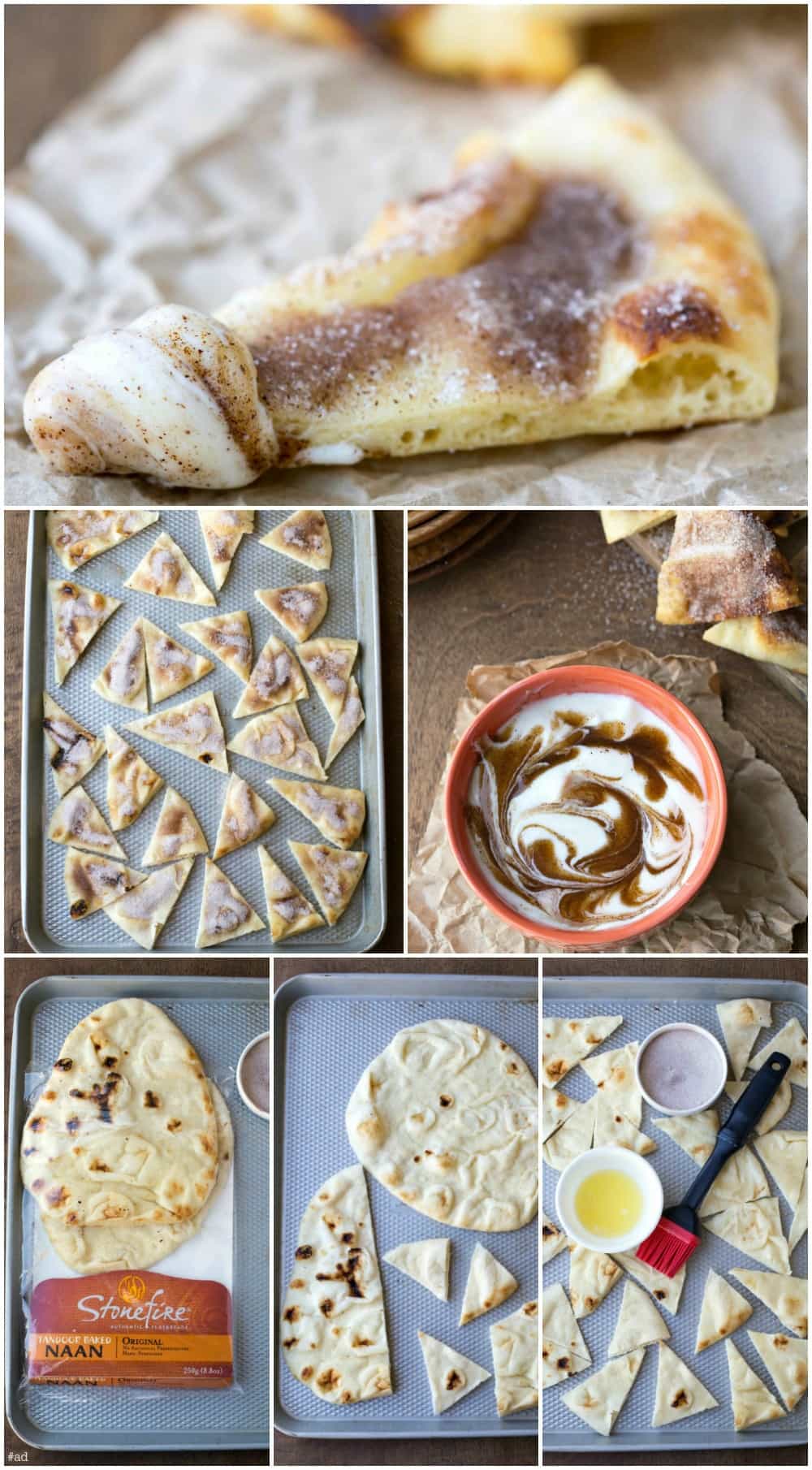 If you’ve tried this cinnamon roll dip recipe, don’t forget to rate the recipe and leave me a comment below. I love to hear from people who've made my recipes! You can SUBSCRIBE to receive my latest recipe newsletters or FOLLOW ME on FACEBOOK, INSTAGRAM and PINTEREST for even more delicious food. 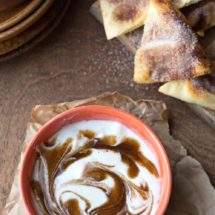