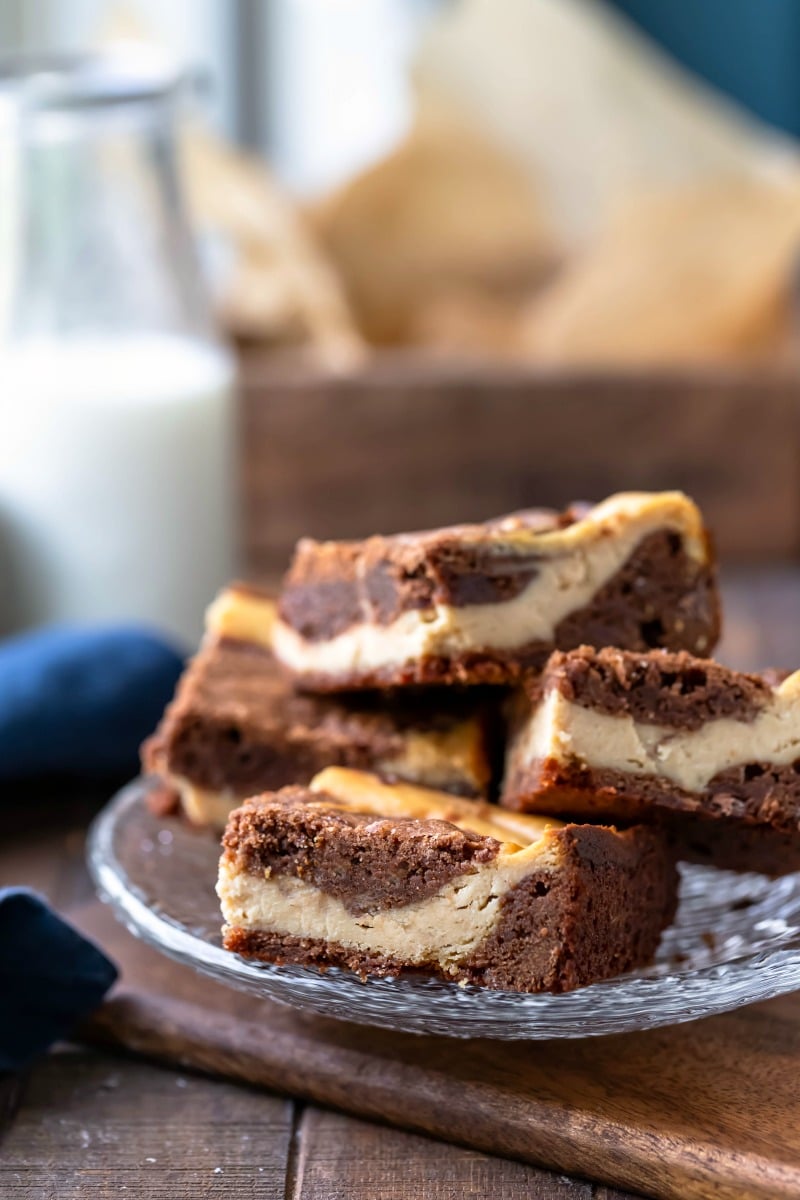 A few months ago, I put together a post on how to make brownies. It has tons of info and tips and tricks for making great basic brownies.

But sometimes you want a brownie that's anything but basic.

The brownies are really easy to make, but they look like they're a lot more work than they are.

How to make peanut butter brownies 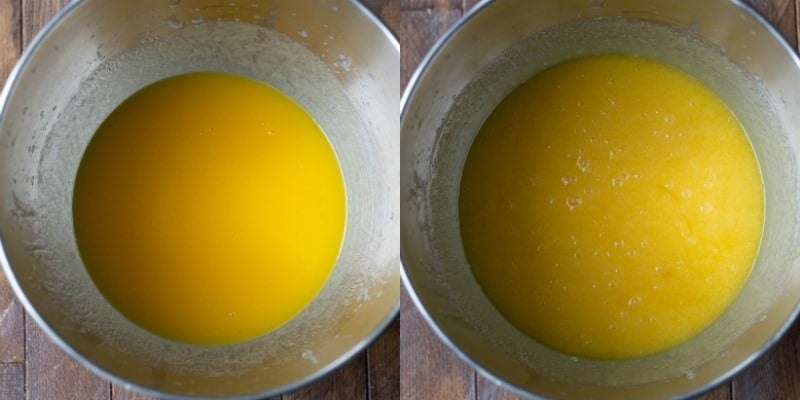 To start, you'll melt the butter and add it to your mixing bowl. Then, you'll mix in the eggs and vanilla until combined. 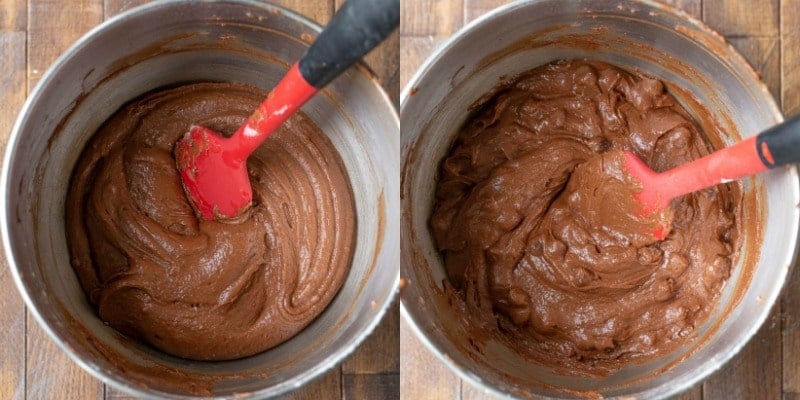 Next, you'll stir in the dry ingredients just until combined. Then, you'll add the chocolate chips. 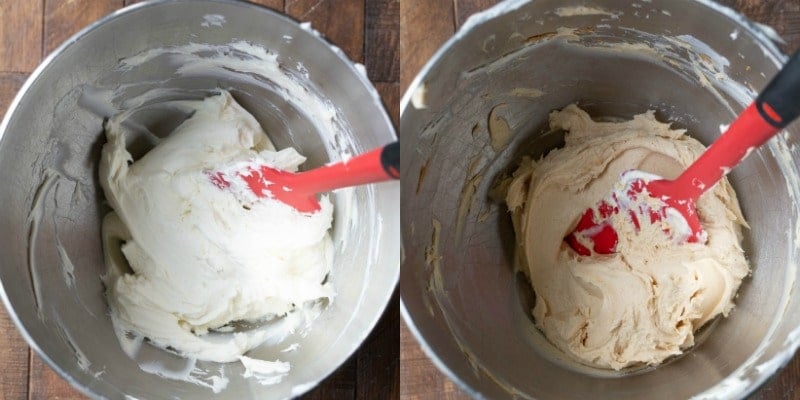 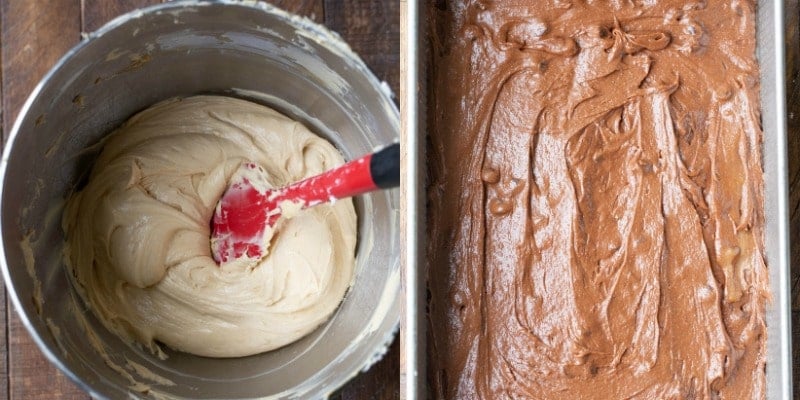 Next, you'll mix in the egg and milk. Then, reserve 1 cup of the brownie batter, and spread the remaining batter in the prepared baking pan. 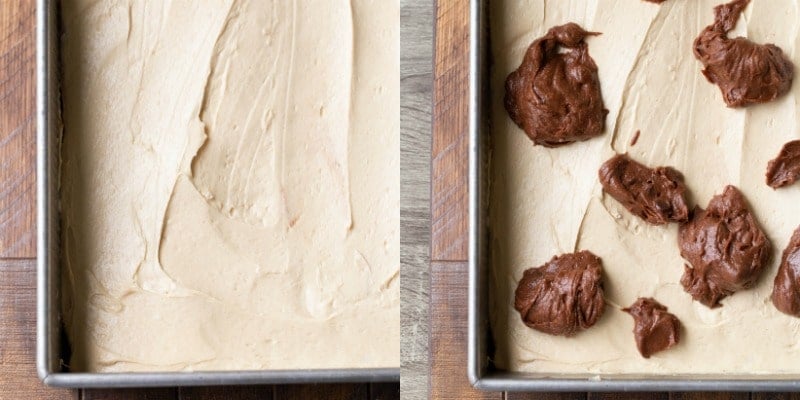 Next, swirl the brownie and peanut butter portions together, and then bake!

How to tell when brownies are done

Brownies are different than other baked goods when it comes to testing for doneness. When you bake brownies, you'll want some fudgy crumbs still attached to the toothpick.

If you have wet batter on the toothpick, keep baking! You just don't want a clean toothpick because then the brownies will be overbaked.

If you like your brownies on the fudgier side, let them come to room temperature and then chill them before cutting and serving.

How to store the brownies

These brownies are best stored covered in the fridge. 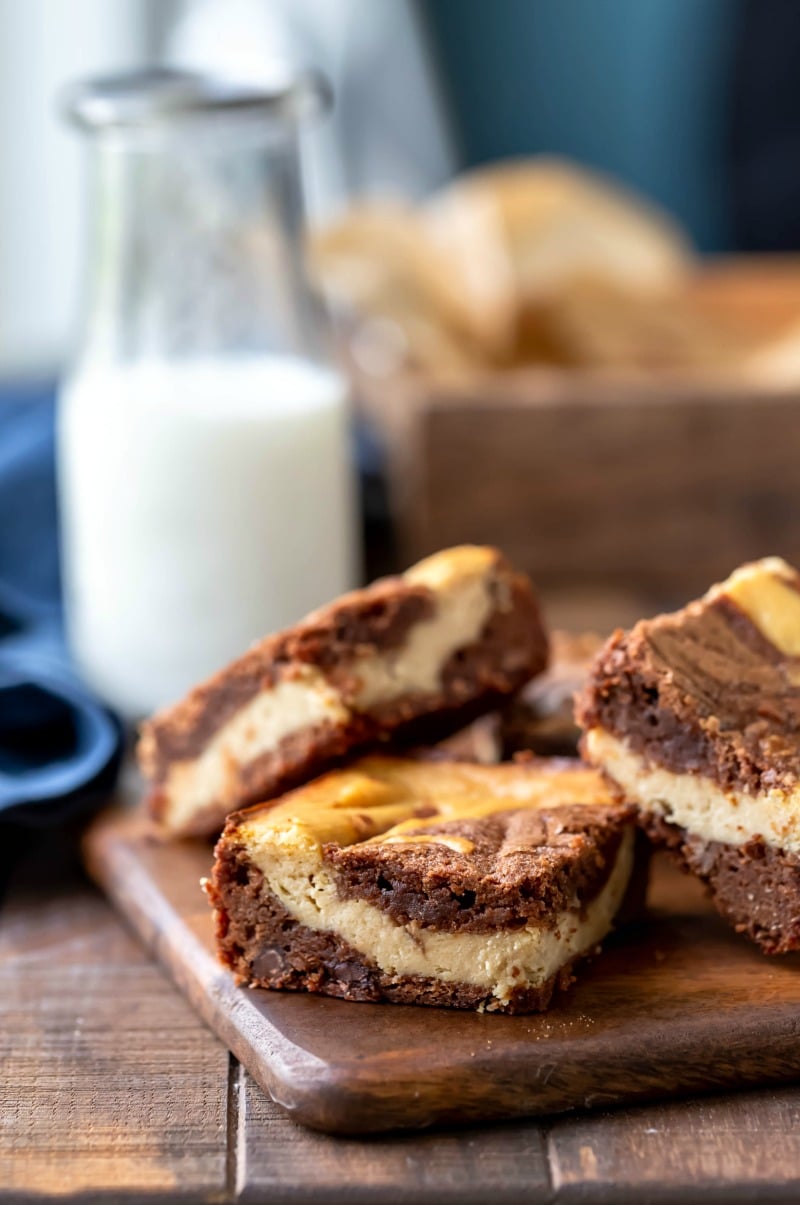 If you’ve tried this peanut butter brownie recipe, don’t forget to rate the recipe and leave me a comment below. I love to hear from people who've made my recipes! You can SUBSCRIBE to receive my latest recipe newsletters or FOLLOW ME on FACEBOOK, INSTAGRAM and PINTEREST for even more delicious food. 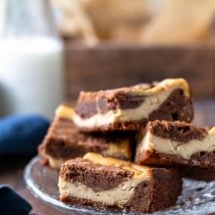 *You can substitute milk chocolate chips if you prefer your brownies a little sweeter.
**I don't recommend using natural peanut butter in this recipe. ***Nutrition values are estimates.