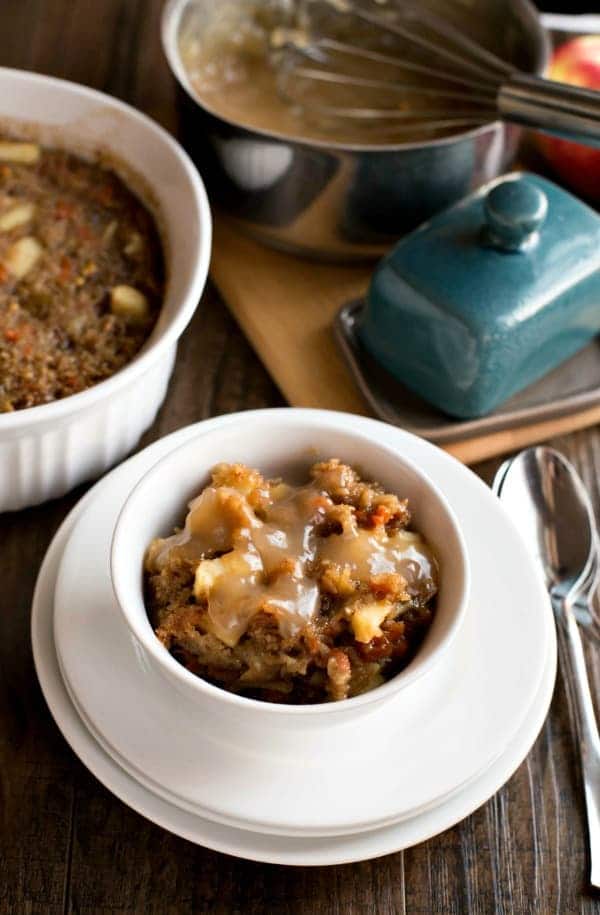 My mom first made steamed carrot pudding years ago. I’m embarrassed to say, though, that I made a big deal out of not eating it because it had potato in it.

I was sure that any dessert that had potato in it had to be terrible.

I’m happy to say that I was wrong. 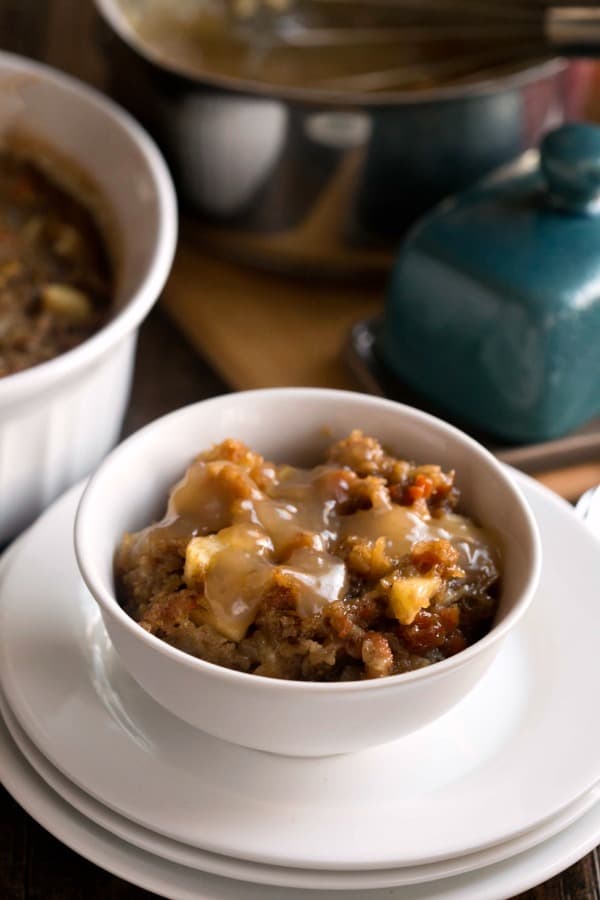 If you’ve never had steamed pudding, this is more like a super moist cake rather than a creamy pudding.

It’s full of fruits and veggies and spices – much like a carrot cake-, and it’s topped with a rich vanilla sauce.

If you are a fan of carrot cake, then this steamed carrot pudding is a must make! 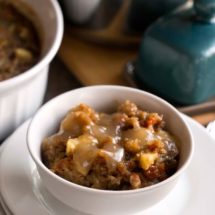