Fall brings all sorts of delicious pumpkin and apple treats. One of my favorites is apple cider donuts!

The muffins are moist and lightly spiced. They're also light and fluffy with a buttery cinnamon-sugar coating that makes them extra delicious.

This is an easy, one-bowl muffin recipe. I recommend mixing it by hand to avoid overmixing the batter.

In a large mixing bowl, whisk the apple cider, egg, and vanilla together until combined.

Add the brown sugar and 3 tablespoons melted butter to a mixing bowl. Whisk until combined.

Divide the batter between the prepared mini muffin tin cups. Bake for 8-10 minutes, or until muffins spring back when lightly pressed.

When muffins are cool enough to handle, brush the tops with melted butter. Roll the muffins in cinnamon-sugar. 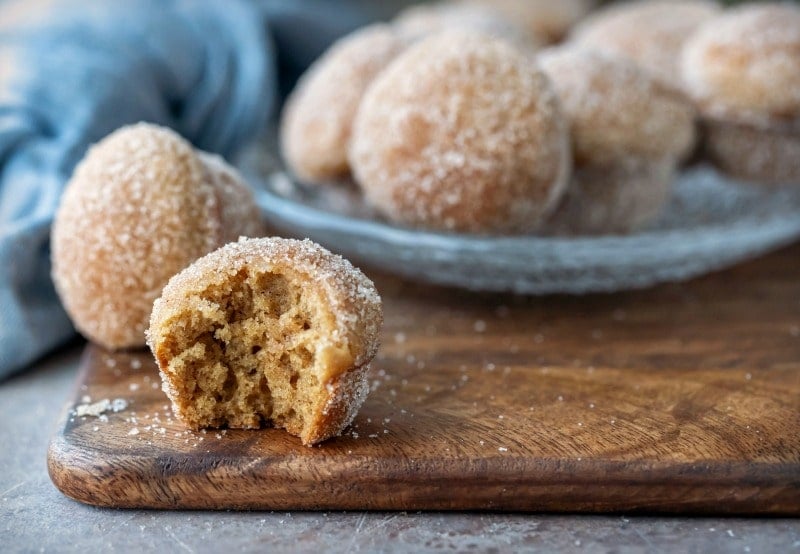 If you’ve tried this apple cider donut muffin recipe, don’t forget to rate the recipe and leave me a comment below. I love to hear from people who've made my recipes!