Caramel Apple Cobbler Cake is the perfect fall dessert. It has a layer of apple caramel sauce that bakes underneath a soft and fluffy apple spice cake. 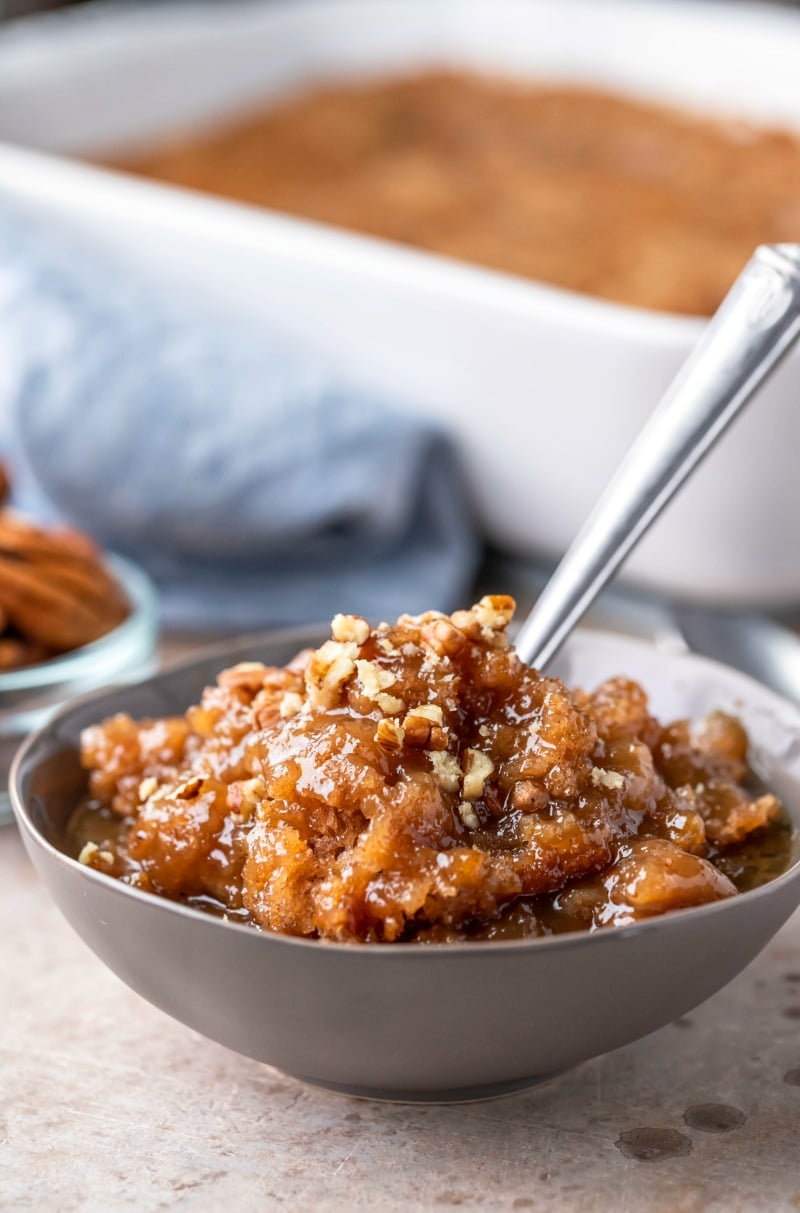 When I was a kid, I had a copy of the Better Homes and Gardens New Junior Cookbook. It was my first cookbook, and I must have read it a thousand times.

One of the recipes that I liked to make from that cookbook was a hot fudge pudding cake. Right before baking, you pour hot water over the batter/topping.

It was awesome! The chocolate cake had a layer of fudgy sauce that formed underneath it as it baked, and it seemed like magic.

This caramel apple cobbler cake is my fall-flavored ode to that pudding cake. I like to top it with toasted pecans for a little crunch, but a scoop of ice cream would also be great on this cake. 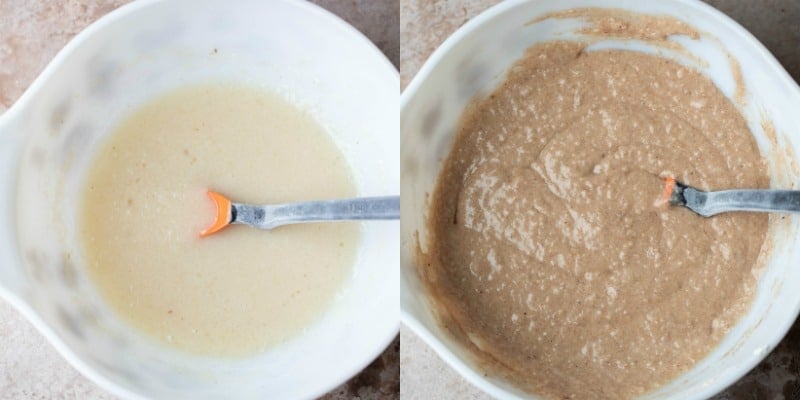 To make the cake batter, mix the wet ingredients together in a large bowl. Add the dry ingredients, and mix in until combined. 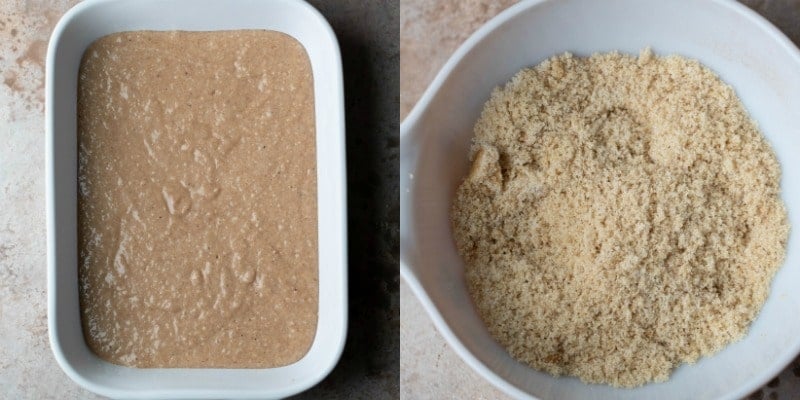 Pour the batter into an 8x11-inch baking pan. In a separate medium bowl, whisk the granulated sugar, brown sugar, and cinnamon together until combined. 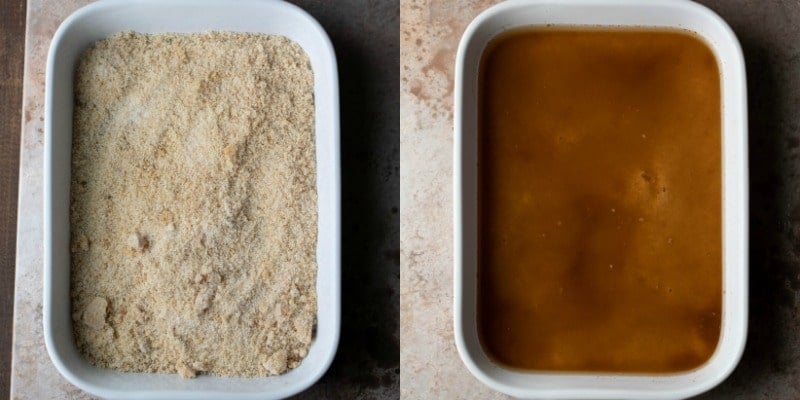 Sprinkle the sugar mixture over the cake batter. Pour the apple cider and water over the sugars. DO NOT STIR!

Bake until the top of the cake looks set. There should still be pudding visible through the cracks in the cake. 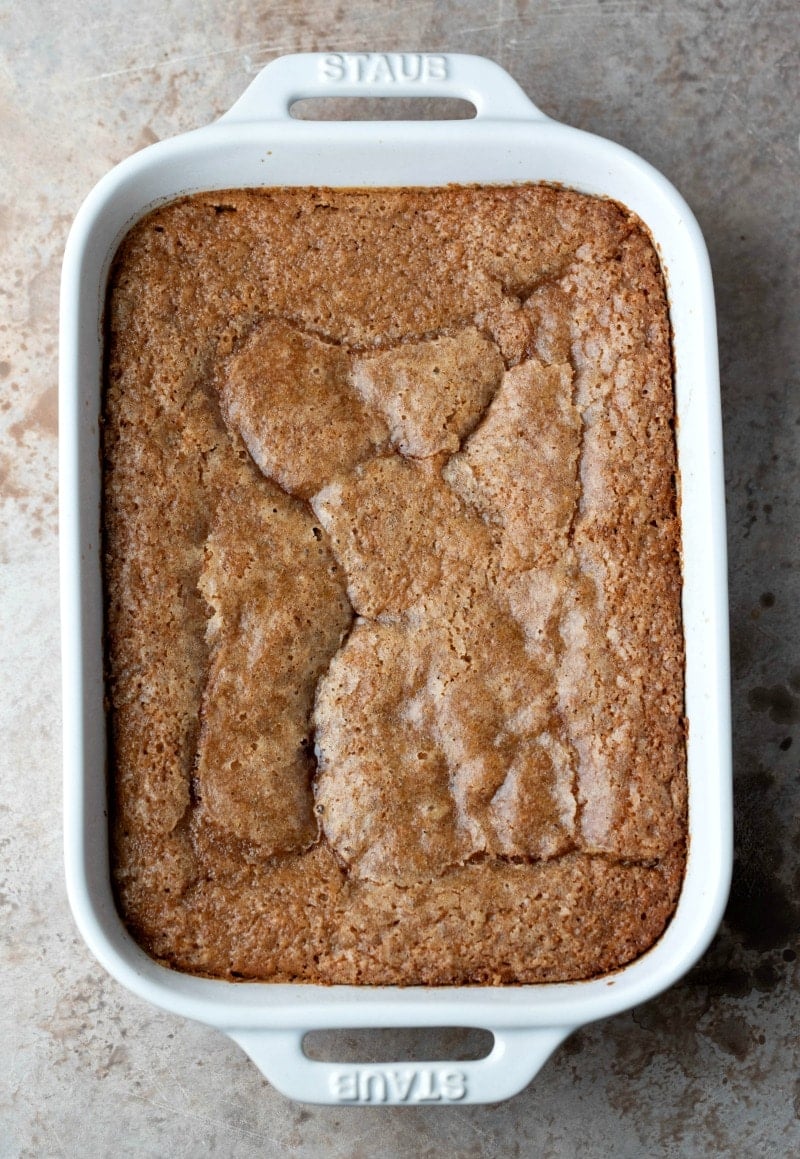 Tips For Making This Cake 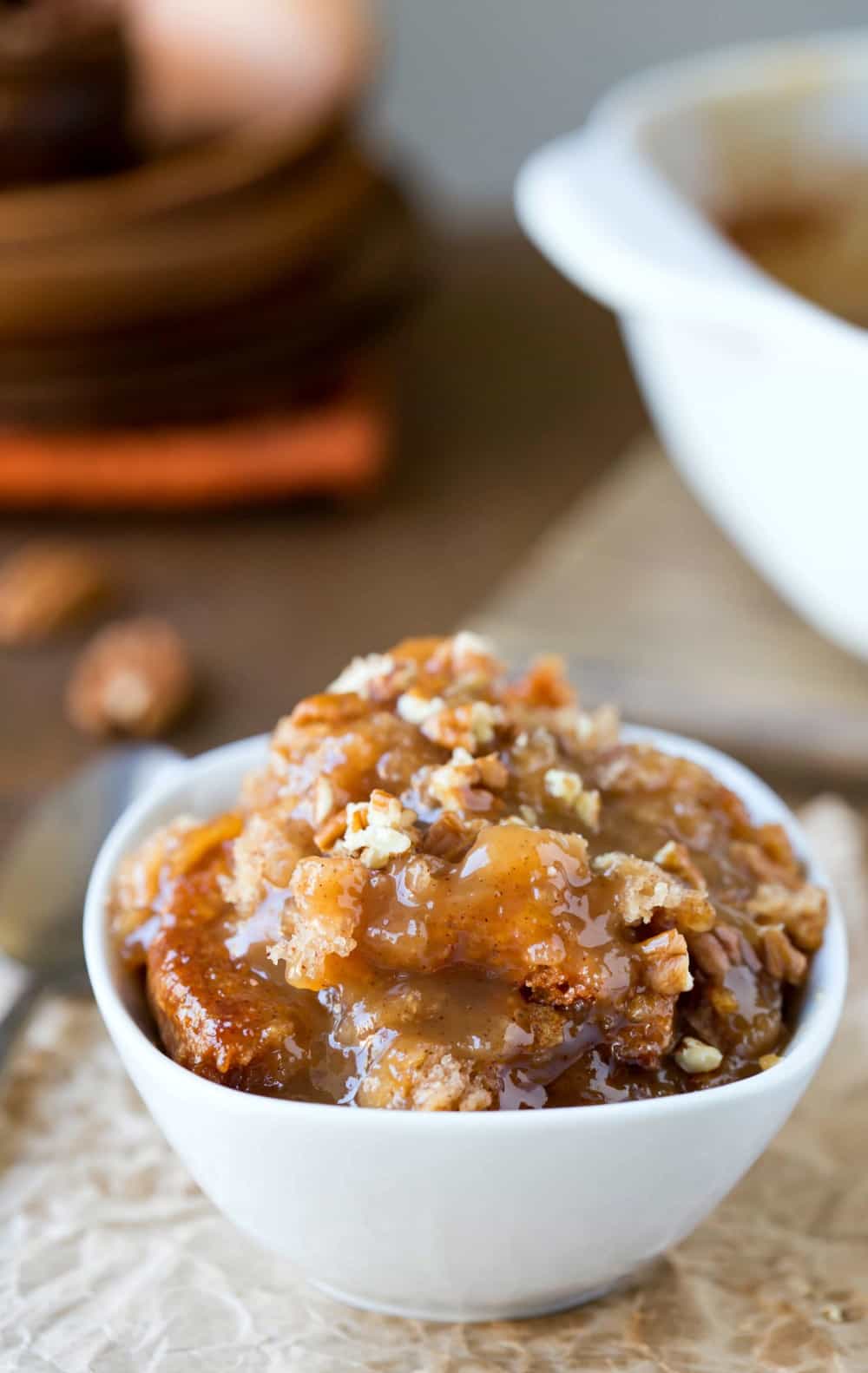 Ways To Serve This Cake

I like to top this cake with toasted chopped pecans for a little bit of crunch. This cake is also good topped with sweetened whipped cream or with a scoop of vanilla ice cream. 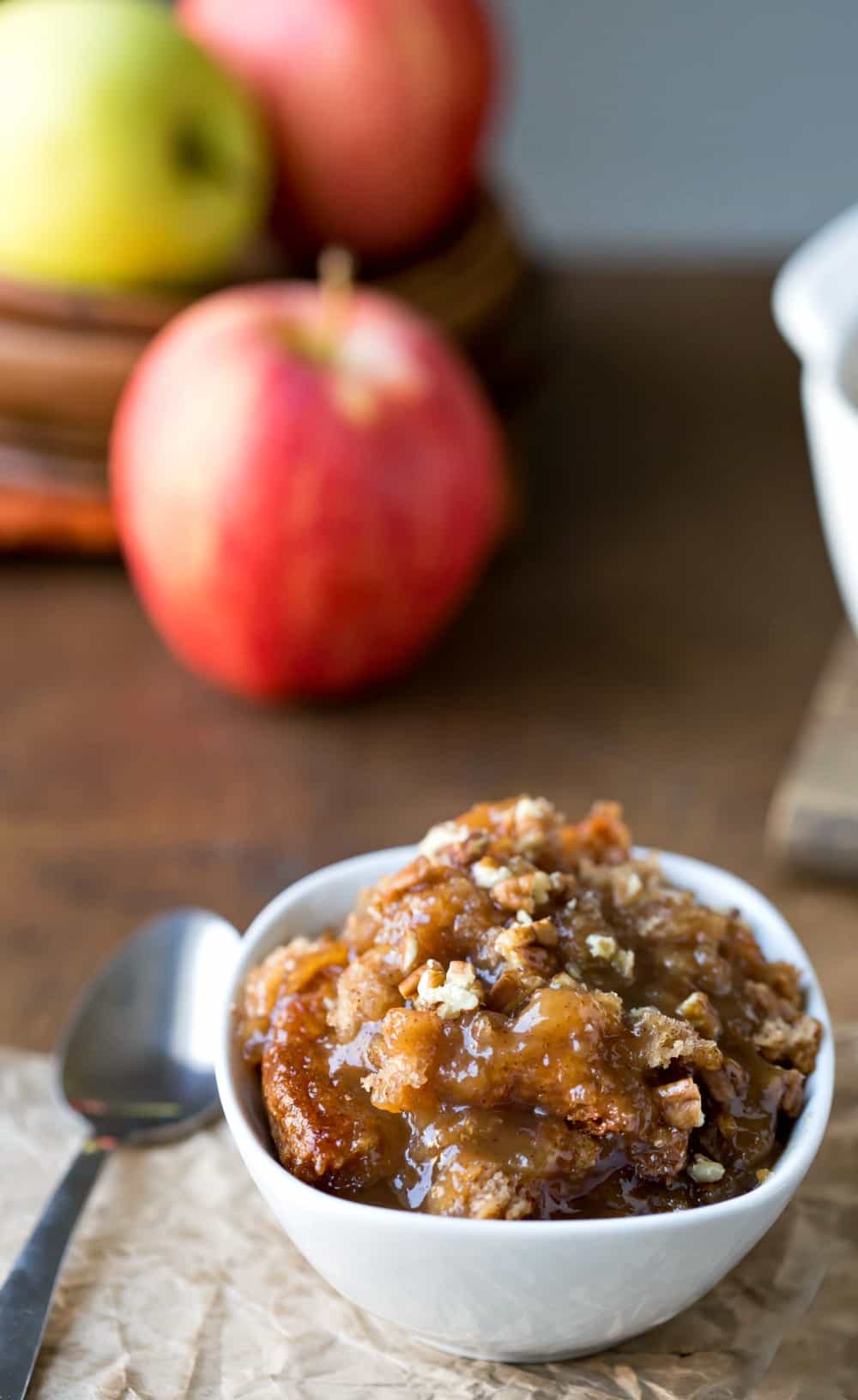 If you’ve tried this caramel apple cobbler cake recipe, don’t forget to rate the recipe and leave me a comment below. I love to hear from people who've made my recipes! 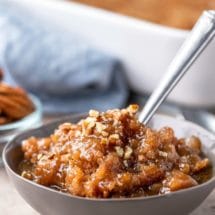