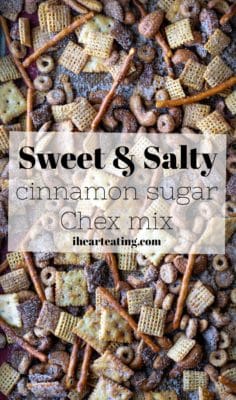 Cinnamon Sugar Sweet and Salty Chex Mix recipe is an easy snack mix that combines the best of both sweet and salty for a Chex mix that will feed a crowd! 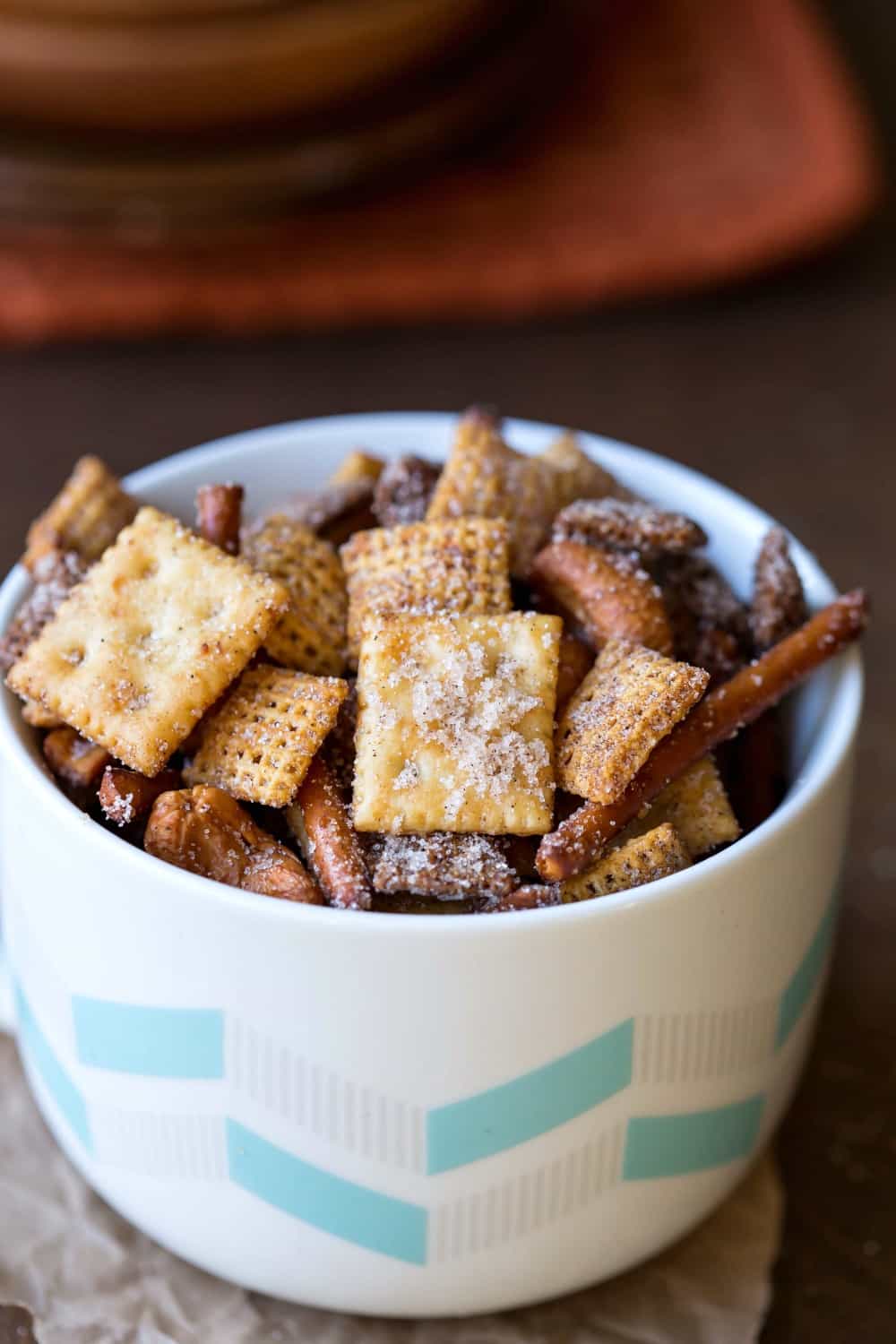 I love the Halloween to Thanksgiving to Christmas season. We don't do very much in the way of celebrating New Year's Eve/Day, and we look forward to Halloween because it kicks off our last three big holidays of the year.

We've really tried to cut down on all of the holiday craziness and make this time of year a sort of hang out time - time to just spend relaxing and enjoying time together. We do things like watch movies and play games, and we just sort of try to slow down and enjoy life.

We also make lots and lots of snacks - like this Cinnamon Sugar Sweet and Salty Chex Mix. It's a mix of crackers and nuts and cereal that's topped with a sweet and salty glaze and then dusted with cinnamon sugar. It's an easy thow-together snack that's perfect for get-togethers or just lazy afternoons spent at home! 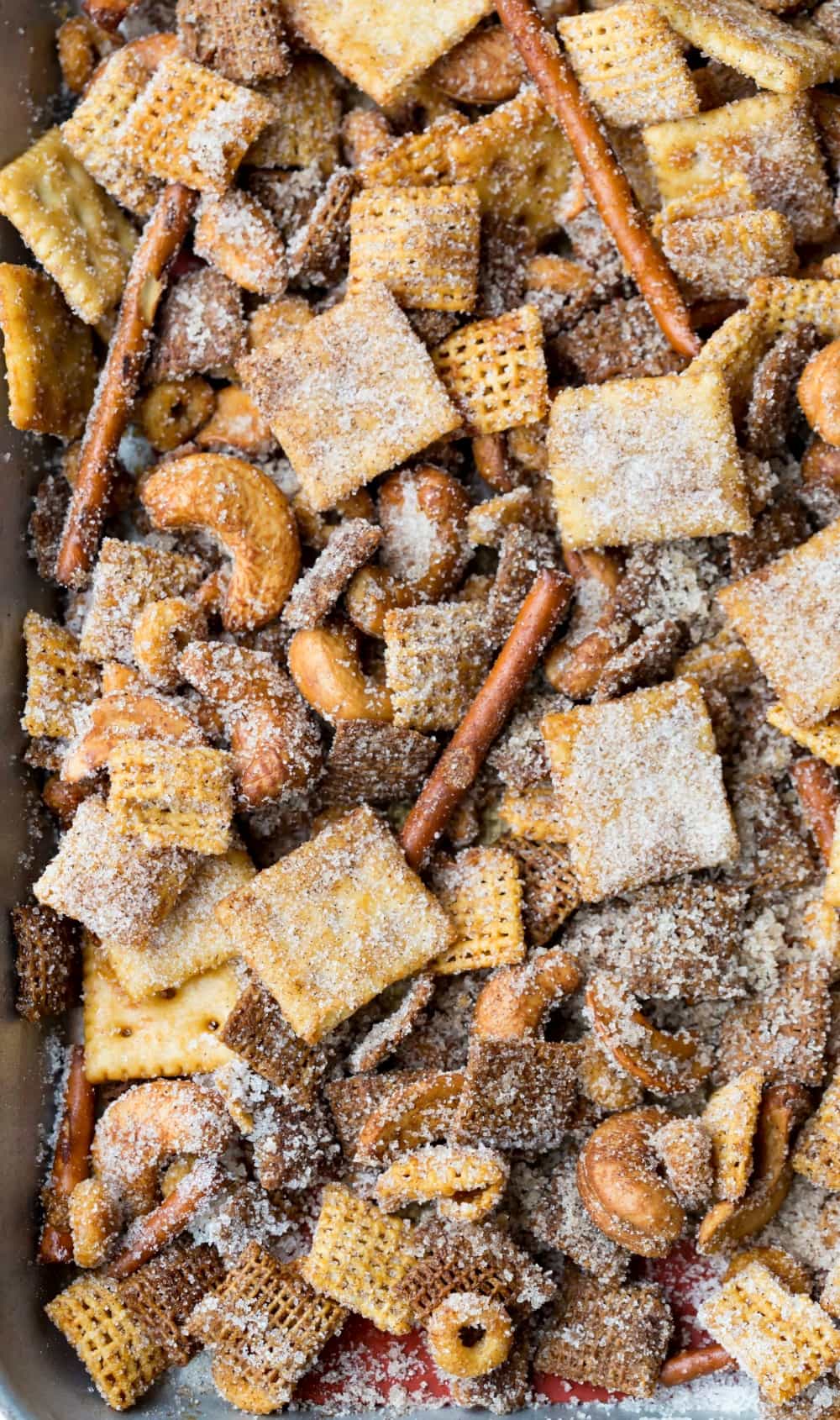 This snack mix is a great mix of sweet and salty. That sweet and salty combo makes it extra addictive, so be sure to have a friend (or 10) over when you make this!

How To Make Cinnamon Sugar Sweet and Salty Chex Mix 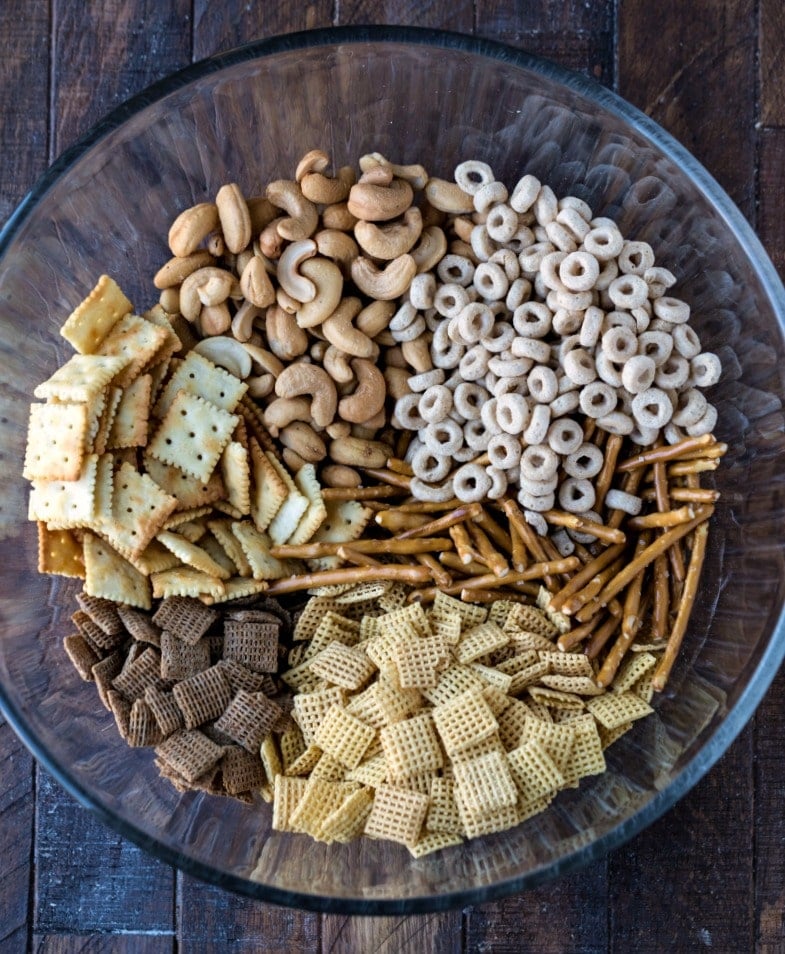 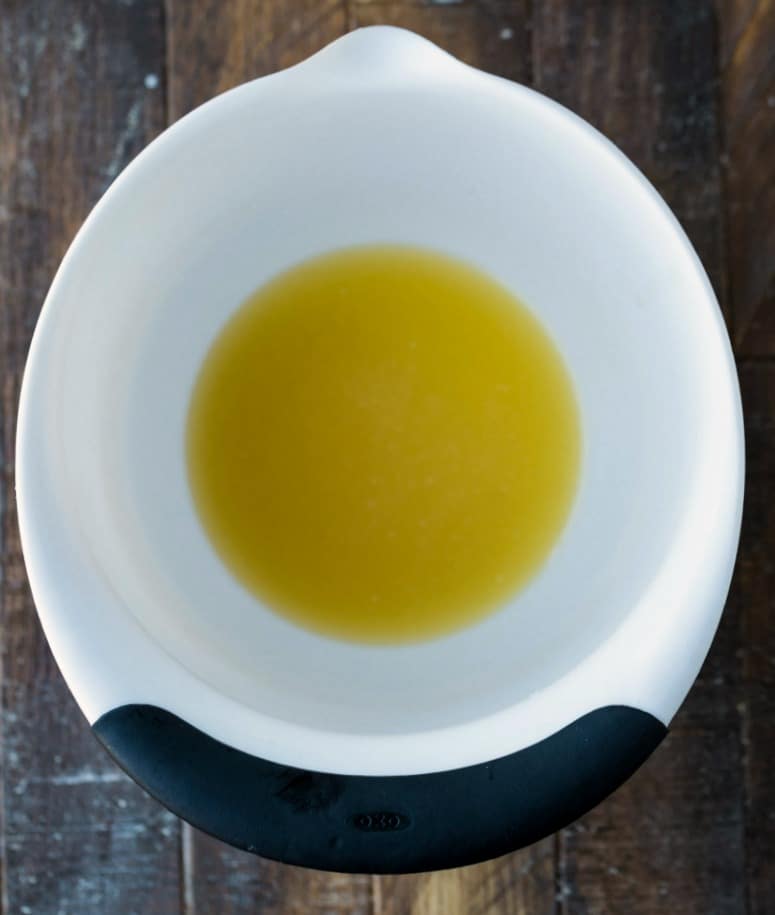 Melt the butter in a microwave-safe bowl. Stir in the honey, vanilla, and salt. 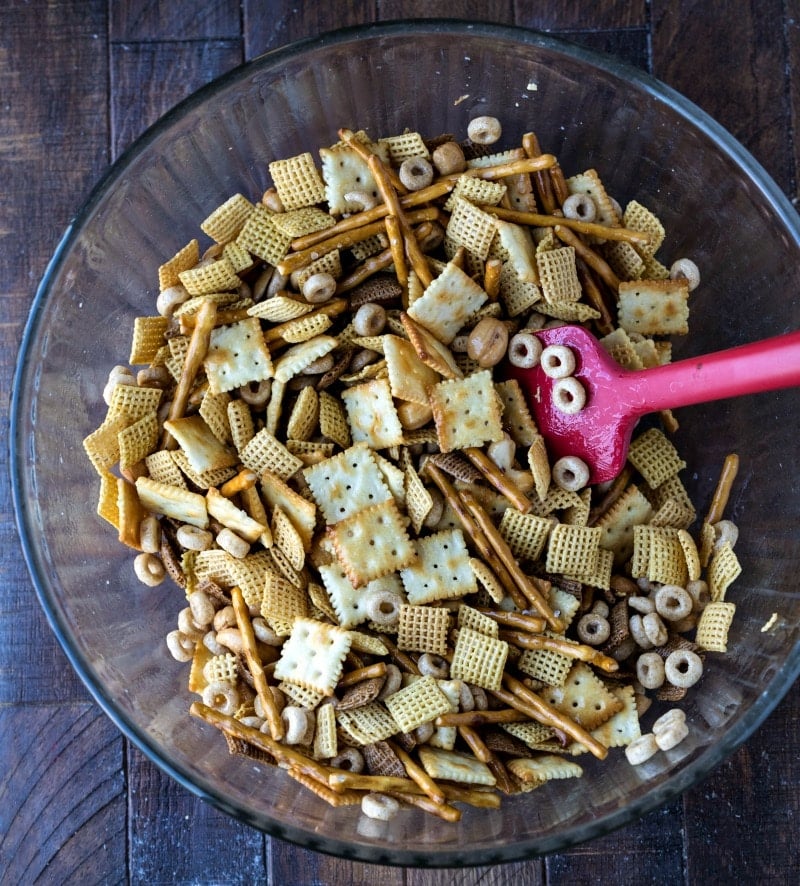 Pour the honey butter mixture over the cereal mixture and toss to coat. 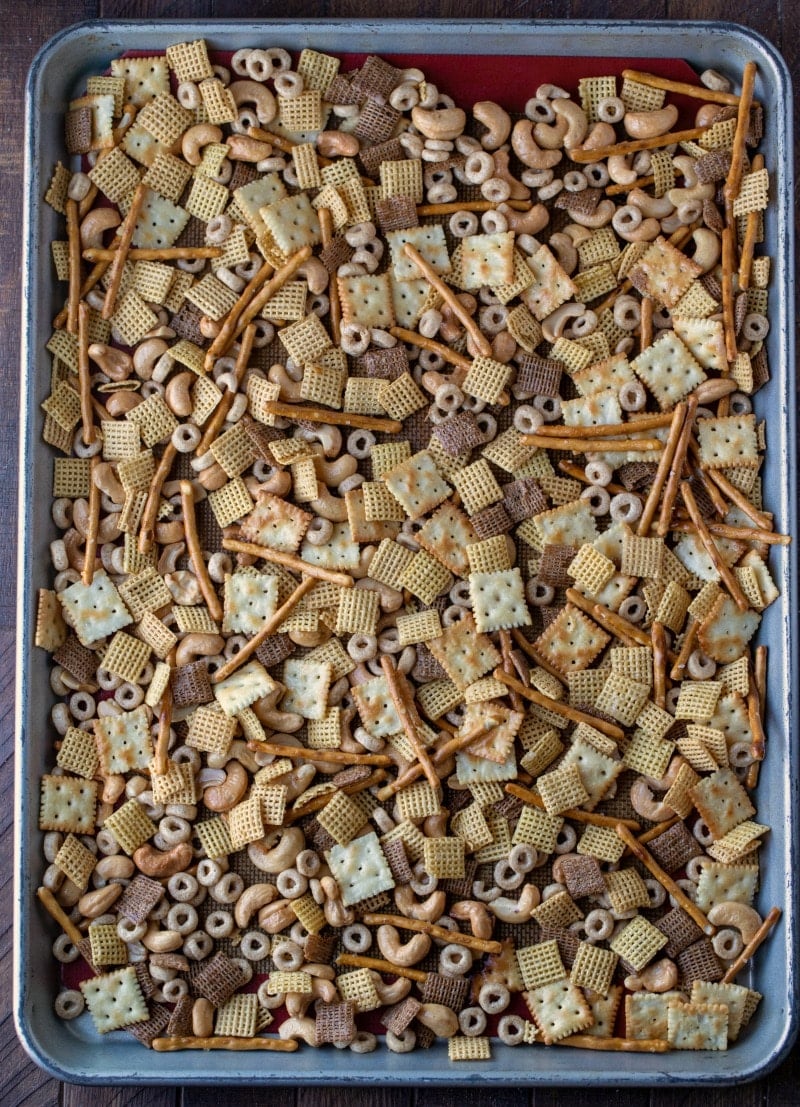 Transfer the Chex mix to the prepared baking sheet. I use a half sheet pan lined with a silicone baking mat.

If you don't have a rimmed baking sheet that large, then you can use two smaller baking sheets. It's important that the cereal is spread in a single layer and not piled on top on itself so that it can crisp up. 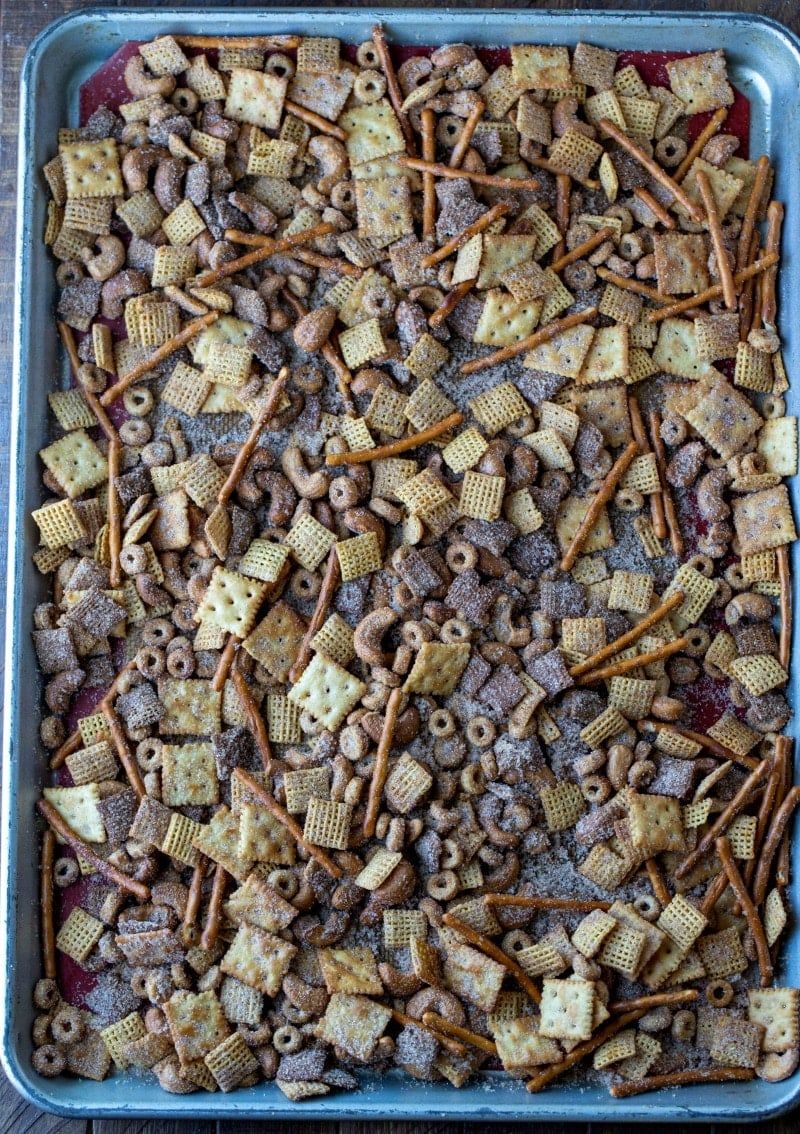 Bake for 40 minutes, stirring 3 times. Then toss with cinnamon sugar and bake for an additional 10 minutes. 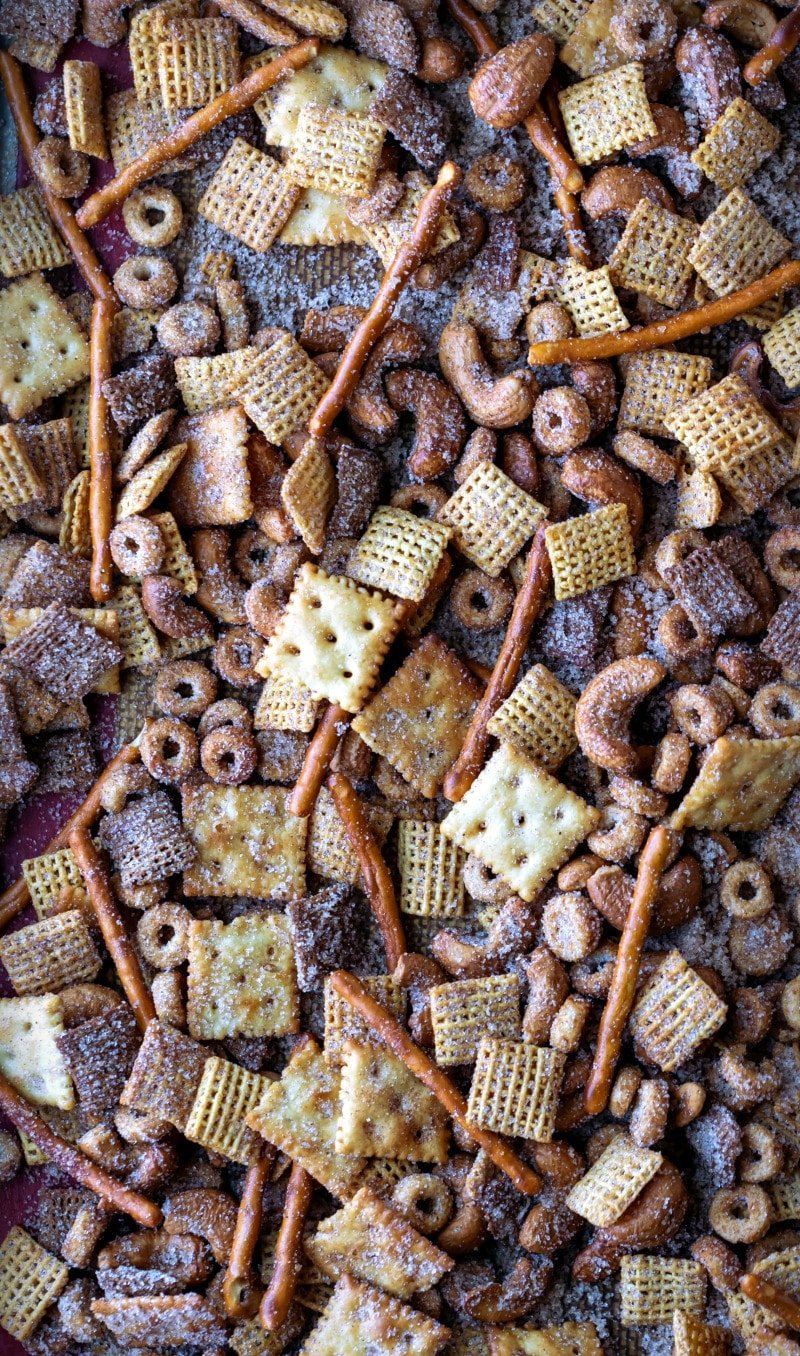 Tips for Making This Recipe

If you’ve tried this cinnamon sugar sweet and salty Chex mix recipe, don’t forget to rate the recipe and leave me a comment below. I love to hear from people who've made my recipes! 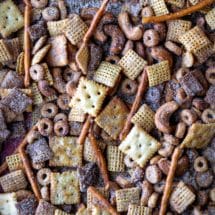